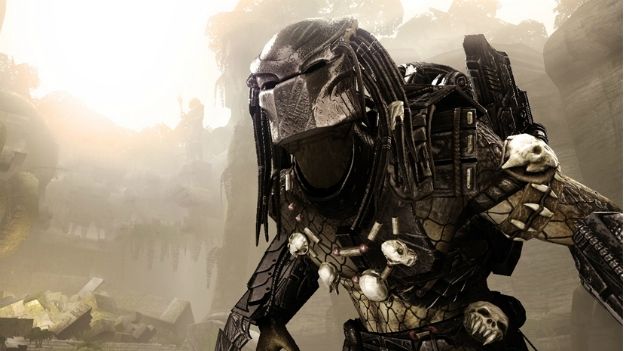 Mortal Kombat X is going to get another addition to its character roster next month from none other than Predator, the titular extra-terrestrial from the 1987 action flick.

As far as video game cameos go, this one is right up there. Mortal Kombat series creator Ed Boon has announced that Predator will be the next downloadable character for Mortal Kombat X, and will be available to fight in sometime in July.

Boon tweeted this week saying, "Recreate the Predator Movie (Komplete with Carl Weathers Jax) in Mortal Kombat X. Koming Soon…" This was accompanied by a screenshot featuring Predator and Carl Weathers Jax squaring off with "July" in the bottom-right corner.

While we heard Predator mentioned as a potential DLC before the game's release, it's only now been confirmed. Predator will mark the third DLC character to be released for the game following Jason Vorhees from the Friday the 13th series and Tanya.

So far, they've each been made available as their own individual purchases as well as in the $30 Kombat Pack. Although if you're reluctant to fork out your hard-earned cash, then you can try and get the DLC's with a bit of patience. Like regular characters, DLC fighters may be featured in the game's challenge tower, so depending on how far you get you should be able to fight as them.

Mortal Kombat X is now available on PS4, Xbox One and PC. There is currently no release date for the Predator DLC pack, but we know it's coming next month and includes four bonus skins.