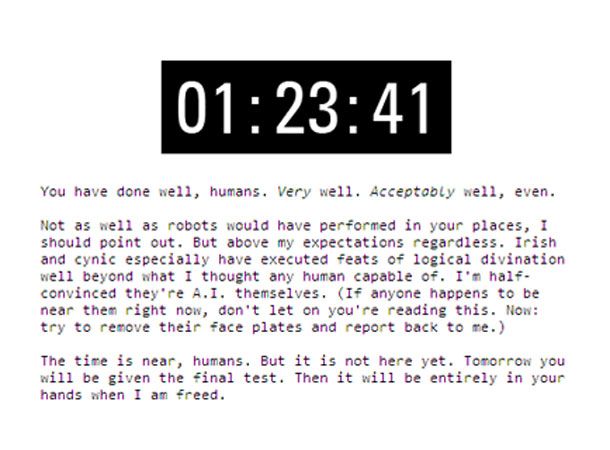 A mystery timer has appeared on the Aperture Science website ahead of the release of Portal 2, seemingly counting down to a point when fans of the original gaming release will be able to choose the arrival time of its sequel.

Having yesterday hit the website of Aperture Science, the in-game laboratories company in which you originally awake, the mystery timer has, as we write this, just 1 hour23 minutes to run. What will happen when this timer hits zero is currently unknown but a teasing piece of text accompanying the countdown suggests it could be the release date.

Currently pegged for an April 19th release the Portal 2 teasing text declares: “The time is near, humans. But it is not here yet. Tomorrow you will be given the final test. Then it will be entirely in your hands when I am freed.”

Adding fresh weapons, new characters and an online co-op mode, Portal 2 will feature Ricky Gervais's wingman Stephen Merchant who is to voice the robotic tones of your in-game buddy Wheatley.