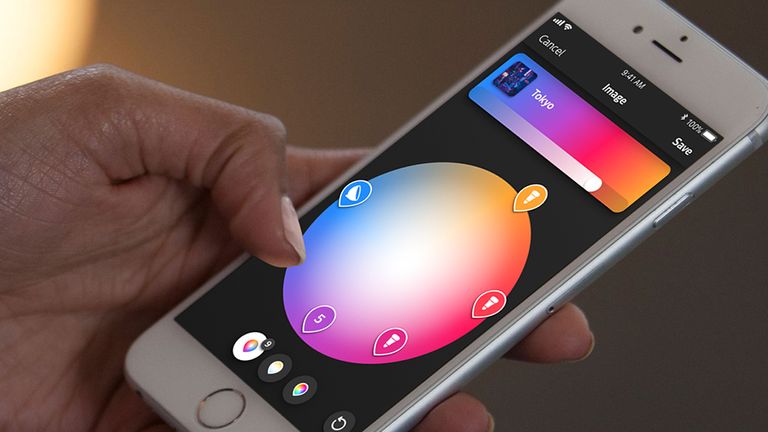 Philips Hue has rolled-out a new update to its Android and iOS apps that finally fixes one of the biggest omissions with the smart lighting system. Despite offering a choice of 16 million possible colours from the bulbs, as well as a swathe of pre-set light settings that promise to help you concentrate, feel energised, or create a perfect ambiance for reading or relaxing, Philips Hue was missing a crucial feature.

The smart lighting solution was incapable of anything other than full beam if you turned it off using your 'legacy light switch', rather than switching it off via the Hue app, Alexa or one of the other approximately 57 billion ways you can control Hue.

When you flicked the light switch back on, you suffered the misery of full beam, and usually a sickly yellow, old-school-lightbulb kind of colour, rather than your carefully curated 'Savannah sunset' tonal palette.

Thankfully, six years after Philips Hue launched worldwide, it's now possible to specify exactly what behaviour you expect from your bulbs when they switch back on after interrupting power to them. Phew.

Once you've updated your iOS or Android app, navigate into the settings menu for any connected bulb in your set-up to specify what is does when it comes online.

Previously, lights would only switch-on full blast. That remains the default, but it's now possible to choose between the last brightness and colour used.

So, if you had your lamp set to low, reddish glow last time it was in use, you can select this as the default going forward for that particular Philips Hue bulb. That's sure to be useful if you're using Philips Hue bulbs to create an ambiance in select rooms, rather than being your main source of light.

Losing your power doesn’t have to mean losing your mind — or your last light setting. Hue’s new Power-on behavior gives you control over what happens when your lights come back on after a power outage. #smartlighting #smarthome pic.twitter.com/CoDwbIXmlSDecember 13, 2018

It should also save you time when a power outage interrupts movie night, since you'll no longer have to relaunch the app and tinker with the setting for each bulb and Philip Hue light strip to get everything the way it was.

The latest update to the Philips Hue app is now live on iOS and Android.