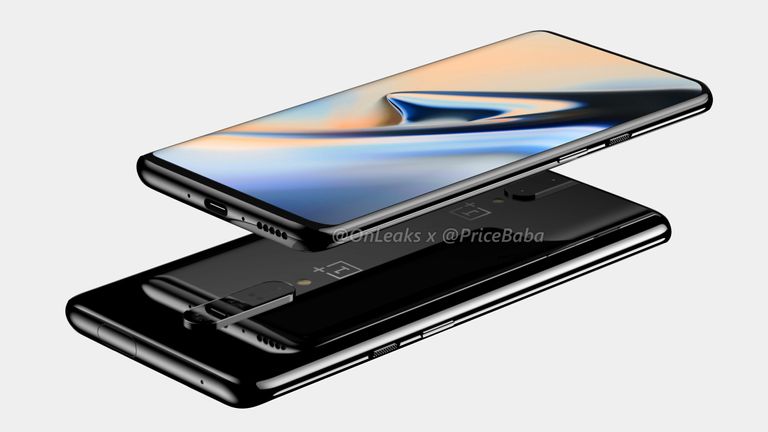 OnePlus looks set to drop the notched screen design introduced with the OnePlus 6 in May last year in favour of a truly all-screen design. The Shenzhen-based company shrunk the size of the notch, which houses the front-facing camera and speaker grill, between the OnePlus 6 and OnePlus 6T, which both launched in 2018.

In a bid to squeeze the largest possible screen into a handset with a physical footprint that remains small enough to use one-handed, OnePlus looks set to jettison the notch completely with the next iteration of its flagship smartphone.

According to freshly leaked images that purport to show the so-called OnePlus 7 shared on Chinese social network Weibo, the company looks set to rehouse the selfie camera into a pop-up mechanism that rises from the top-left of the screen.

This allows the OLED display to run to the very edge of the smartphone without a single interruption – unlike the cut-out for the front-facing cameras used in alternative all-screen solutions seen on the likes of the Honor View 20 and Samsung Galaxy S10, and the sliding drawer used on the Xiaomi Mi Mix 3.

The latest leaked photograph tallies with previous renders shared by reliable tipster @OnLeaks who posted a series of high-resolution images based on CAD models used in the manufacturing process. These images, produced in collaboration with Pricebaba, reveal the same off-centre pop-up. It also reveals smaller bezels around the display than those seen on the OnePlus 6T.

The @OnLeaks images also reveal a rear-mounted triple-camera. OnePlus already uses a dual-camera system to add artificial bokeh-style blur behind the subject of portrait images. It's unclear what the third camera will bring to the table, but some have suggested it will be the 10x optical zoom mechanism debuted by Oppo at the Mobile World Congress tradeshow last week.

Although OnePlus is an entirely separate company from Oppo, the two firms share a common investor. As a result, OnePlus is allowed to access certain aspects of the Oppo's supply chain – including some technologies and designs.

OnePlus has already confirmed plans to use the flagship Qualcomm Snapdragon 855 processor in its next handset, which should guarantee plenty of grunt under the bonnet without too much of a hit on battery life. The next-generation silicon also includes some upgrades to real-time photo-editing from the viewfinder.

Co-founder Pete Lau has also confirmed that the next flagship handset from the company will not include wireless charging because it's not fast enough yet.

5G connectivity is likely going to be reserved for an entirely separate version of the OnePlus 7, the start-up has previously confirmed. This is because of a costs of implementing an emerging technology, which could see the cost of a 5G-touting OnePlus handset set you back as much as £1,000.