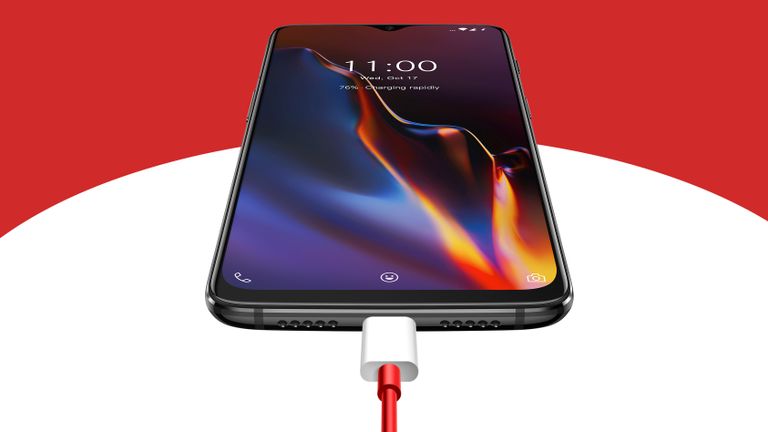 Little is known about OnePlus 7, the next flagship smartphone from OnePlus. Unconfirmed leaks suggest the handset will have a notch-less, all-screen design with a slide-out selfie cameras, as well as an updated rear-camera array.

In fact, the only detail we knew for sure was OnePlus 7 will be powered by the Qualcomm Snapdragon 855 system-on-a-chip, something the Shenzhen-based company confirmed during the annual Qualcomm Summit in December last year.

However, CEO Pete Lau has let slip a new tidbit about the forthcoming flagship.

OnePlus 7 will not include support for wireless charging via the Qi standard. Despite the widespread adoption of the technology, OnePlus still doesn't believe the charging system is worth bringing to the next smartphone range.

"OnePlus charging is one of the best," co-founder Pete Lau told Cnet via an interpreter. "Wireless charging is far inferior."

While Lau certainly isn't wrong – wireless charging works at much slower speeds than the wired fast-charger included in the box with all OnePlus smartphones – it does offer convenience. A number of chain restaurants and cafés, McDonalds and Starbucks for example, have started to include wireless charging into their tables which allows phone owners to top-up their battery – regardless of whether they've brought the correct charging cable and plug with them.

This widespread support for wireless charging is only likely to become more prevalent as more and more manufacturers add the feature, with OnePlus owners stuck with lugging around their Fast Charging wall plug for the foreseeable future.

OnePlus has previously confirmed that it is working on accelerating the delivery of wireless power. However, it is struggling to get anywhere near the speed of its cable alternative without generating a problematic amount of heat.

Lau told Cnet that he does not have a date for when OnePlus' own fast wireless solution will show up in the company's smartphones.

The revelation from Lau followed news that Qualcomm is bringing its quick-charge technology to wireless charging, which could dramatically reduce the time it takes to top-up the battery in your phone next time you place it on one of the wireless pads.

Unfortunately, there's no word on what kind of speeds we can expect to see from these new certified charging pads. However, the company has confirmed that manufacturers will be required to submit their products to Qualcomm for testing before they can receive the official certification.

However, it's unclear whether OnePlus will follow the new guidelines enforced by Qualcomm to use its fast wireless charging system or push ahead and continue to develop its own technology, like it has done with wired charging, née Dash Charge.

OnePlus showcased its new 5G-enabled smartphone, which could cost as much as £1,000 when it launches, on the showroom floor at Mobile World Congress. Unfortunately, the device was entombed in a bulky plastic shell to hide the final design from competitors' prying eyes, so it's difficult to work out whether the latest leaked images of the OnePlus 7 are anywhere close to accurate.