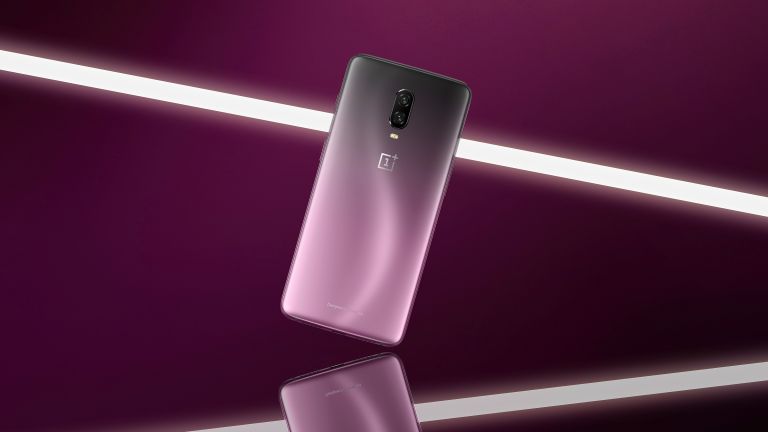 OnePlus has already talked openly about its lofty ambitions to become one of the first manufacturers to launch a 5G-compatible phone next year. The cutting-edge network speeds will not be included as standard in the upcoming OnePlus 6T successor, but will instead be available in a separate 5G variant.

And those who want to enjoy the benefits of faster network speeds are going to have to pay for it. OnePlus CEO Pete Lau has forecast that bringing 5G support is likely to add between $200 (£155) and $300 (£235) to the price of a OnePlus device.

Given that the maxed-out OnePlus 6T currently costs £579 ($629), the 5G-touting successor looks likely to be within sight of the £1,000 mark. With a price tag sitting around £814, OnePlus will be asking fans to cough-up a considerably more than its previous efforts. For comparison, when the OnePlus 3 debuted in June 2016, it had a starting price of just £309 and a "Flagship Killer" tagline that taunted its pricier rivals.

With the upcoming 5G-compatible OnePlus 7 – or whatever the startup decides to brand the next-generation handset – OnePlus is edging ever closer to the prices commanded by the manufacturers it used to mock, including Samsung, and Apple.

Fortunately, OnePlus seems to be aware that its 5G-compatible offering will have a limited appeal, thanks to the price bump and the fact that 5G networks are not yet as widespread as their 4G counterparts.

We are taking the next step in our journey to the top of the global flagship market! OnePlus and @EE will join forces to deliver a #5G ready flagship in early 2019. https://t.co/NYppNZ6nYF #SnapdragonSummit pic.twitter.com/bXo0hulRmoDecember 5, 2018

Speaking to TechRadar during the annual Qualcomm Snapdragon Summit, OnePlus CEO Pete Lau said: "Because 5G will be very much for a small unique portion of enthusiasts, we'll have a 4G product also developed and available in parallel."

When asked whether the price increase for 5G compatibility could be a sticking point for potential customers, Lau wasn't convinced. He said: "That's not necessarily a problem for our users as [5G] is what they're after.

"We've never set out to make a product cheaper for the sake of being cheaper. It has very much been a transition of the unique business model.

"Because of what that has been able to offer, many people will see the existing OnePlus flagship offering in comparison to other flagships being a much more reasonable price."

Launching a 4G version of its next handset alongside the pricier 5G version will allow the company to stay competitive, while also offering the next-generation mobile connectivity to those willing to pay a premium to get it.

"There's no brand more suitable to dive into the 5G space hard and early than OnePlus. It's hard to know if other brands would have a user base that would go after a 5G device early on, but for us it's pretty clear," Lau said.

Unfortunately, Lau would not confirm the name or release date of the first 5G compatible OnePlus smartphone. However, if the firm follows its previously established launch schedule, it's likely to be the OnePlus 7 between May and June.

The news comes days after OnePlus confirmed rumours it was set to launch a limited edition OnePlus 6T in collaboration with British supercar brand McLaren.

The OnePlus 6T McLaren Edition will purportedly sport a frankly ludicrous 10GB of RAM, and 256GB of storage.

OnePlus already offers a 6T variant with 8GB of RAM and 256GB storage for £579, so the upgrade to 10GB of RAM will be the only differentiating factor with this Edition – other than the McLaren wow factor, obviously.