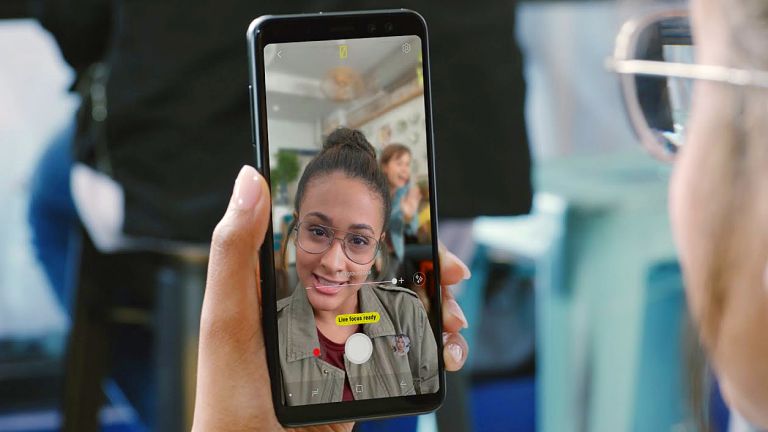 Qualcomm unveiled its all-new Snapdragon 855 chipset at its annual Snapdragon Summit earlier this month. The new system-on-a-chip boasts a number of improvements over its previous flagship processor, including performance, better video processing, and support for 5G networks.

OnePlus has already confirmed plans to use the Snapdragon 855 in its flagship OnePlus 7 smartphone next year. However, the obvious launch partner is the Galaxy S10 series. In previous years, Samsung has almost always been first to support the latest processor from Qualcomm with its flagship Galaxy S range.

Chief among the updates to the new silicon is the ability to add a bokeh-style blur to the background of any photo in real-time. The Snapdragon 855 chipset uses something known as "real-time segmentation algorithms" and is purportedly better than the effect you can currently achieve with the respective portrait modes available with the iPhone XS, Google Pixel 3 and Huawei Mate 20 Pro.

Adding effects to photos in real-time requires a significant amount of processing grunt – something that was not possible with earlier iterations of the flagship Qualcomm Snapdragon series.

The Spectra 380 Image Signal Processor lurking inside the Qualcomm Snapdragon 855 also boasts the ability to shoot 4K Ultra HD portrait modes with HDR – with the ability to add blur to the background in real-time.

Green-screen style effects like those seen in the latest Hollywood blockbusters can also be added to the background of photographs in real-time, too.

Elsewhere, Qualcomm is also moving away from JPEG to HEIF images. Though JPEG has been the preferred image format for the last two decades, these files cannot store HDR, computer vision, and even brief bursts of video. HEIF is the format adopted by Apple to add video clips to its Live Photos feature.

The new Snapdragon 855 system-on-a-chip also touts better battery life – with the promise of up to four times the battery life, thanks to its new imaging processor. Qualcomm has also teamed up with Nalbi, an AI company with real-time technology that enables the ability to edit things like hair colour in real-time.

The Snapdragon 855 is widely-tipped to power the latest flagship smartphones, including the Samsung Galaxy S10, Galaxy S10 Plus, Galaxy Note 10, and OnePlus 7.

Samsung already allows Galaxy S9 and Galaxy Note 9 owners to adjust the level of bokeh-style blur added to the background of their Live Focus photographs. The all-new capabilities of the Snapdragon 855 could allow Samsung to extend that feature to the camera viewfinder in real-time.

Nalbi has previously released a video that showcases the technology in question in action, hinting at what will be possible with the upcoming slew of next-generation flagship smartphones.