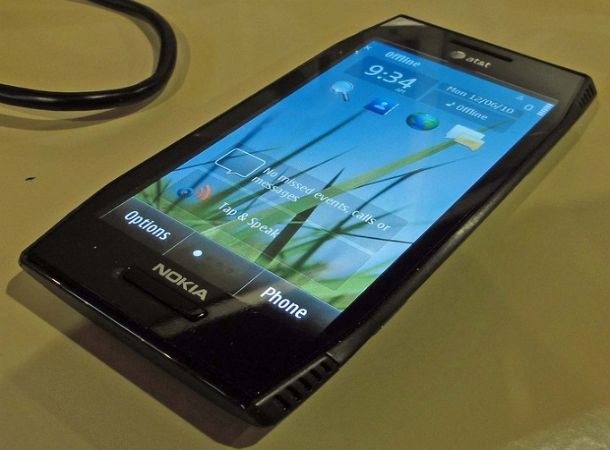 PlayStation Phone rival on the way?

New pictures of the Nokia X7 a smartphone with strong gaming credentials, has been snapped with evidence that an official launch could be imminent.

Following on from hands-on video of the Nokia X7 running Need for Speed, the gaming smartphone packs four speakers and is expected to run an updated version of Symbian^3, with an 8-Megapixel camera and 4-inch display in a body fairly similar to the Nokia N8.

With evidence that a US network carrier may have been already secured, Nokia has yet to confirm an official release for the latest X-Series handset but we will keep you posted as soon as we know more.