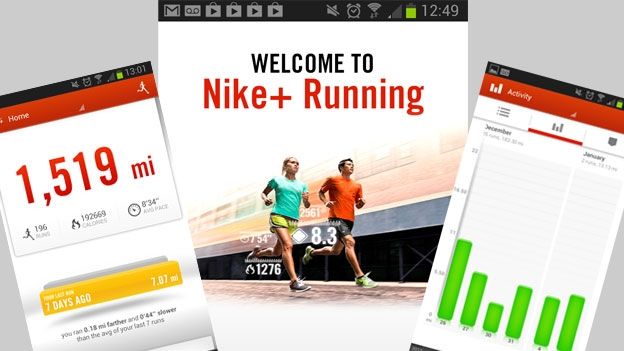 It's been a long time coming but Android users on networks other than 02 will finally be able to use the Nike+ Running app to help achieve their fitness goals.

The Nike+ Running app has been finally been made available to Android users on networks other than 02.

The GPS run-tracking app has been hugely popular since it launched to iPhone users, with over 7 million downloads worldwide but the Android version only arrved at the end of 2012 and, until now, has only been accessible for Android users signed up to the 02 network.

Users on any other network would previously find the app frustratingly greyed out in the Google Play store, making it impossible to download.

Nike+ Running will go up against well-established Android run-tracking apps like Endomondo Pro which has over 7.5 million users globally in what is becoming an increasingly competitive space. There has been an explosion in fitness tech and health monitoring devices over the past 12 months as companies recognise and increasing desire to use technology as an aid to fitness.

The free Nike+ Running app uses your phone's GPS to track your runs, storing all the vital stats such as pace, distance, speed, splits and calories, as well as mapping your routes.

Other functions include a race-against-yourself feature that lets you attempt to beat your previous records over distances from 1km to 10km, and a full history of previous runs.

You can also hook up with Facebook to allow the app to post messages to your timeline to show when your are running. Friends and family can then send 'Cheers' via Facebook as peptalks which are played back via your headphones as you run.

For those who need a little boost, it's also possible to assign a Power Song, making the music that motivates you most available at the touch of a button. Very useful for when the going gets tough.

All of the collected data can be synced to Nike's Nike+ Running online tool where the activity is also converted into Fuelpoints, Nike's activity currency that launched last year.