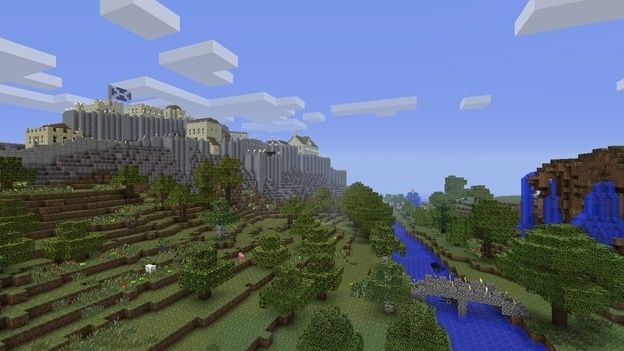 Some big news has emerged for Minecraft fans who'd like to experience the game world first-hand – or at least, virtually first-hand via a VR headset.

Over at the Oculus Connect 2 event, which is aimed largely at developers and Rift enthusiasts, Minecraft support for the Oculus Rift has been confirmed by Palmer Luckey, the inventor of the headset.

One rather sarcastic reply to that tweet caught our eye: “So I can play an 8-bit looking game with a £300-1000 piece of kit. Just what I wanted!”

The Windows 10 version of Minecraft will apparently bring support on board next year, although exactly when next year, we shall have to wait and see.

However, another source, Winbeta.org, stated that the VR version of the game will debut next spring, so hopefully we shouldn't be waiting any longer than six months.

Minecraft addicts will be able to experience their blocky world via the Rift headset in conjunction with an Xbox One controller.

Back in the day before Microsoft bought up Mojang, founder Markus Persson retreated from a deal with Oculus due to the Facebook connection, but his reaction to this news wasn't negative. He tweeted: “My opinion on minecraft/oculus? Neato!”

Virtual reality gaming is set to make a big splash next year, not just with Rift, but also rival headsets such as the HTC Vive and Sony's PlayStation VR (Morpheus).

Like this? Then check out: Oculus Rift is getting into movies and casual gaming but owner Zuckerberg wants more