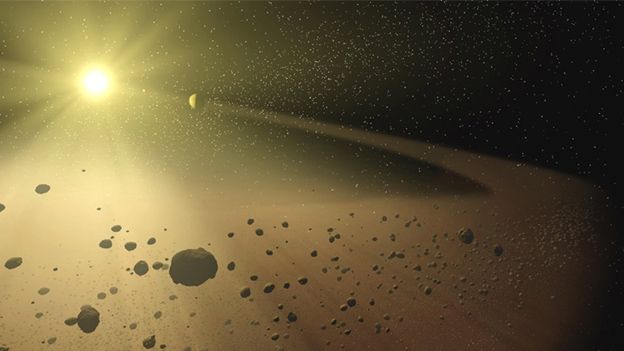 Google's Larry Page and Eric Schmidt and director James Cameron are among those that have agreed to fund a prelimenary survey of asteroids that are orbiting the Earth in the hopes of someday mining their resources.

Planetary Resources is aiming to have small exploratory spacecraft trawling the Solar System within two years with the eventual aim of having orbital observation platforms in place for the purpose of prospecting potential asteroids.

One of the key hurdles they'll be hoping to overcome is the potentially crippling start up costs of such a venture with one of the key objectives being to cut the cost of small probes down to 100th the price.

This is because despite the fact that a 30m asteroid could potentially contain $50 billion worth of platinum, the current costs of extracting that material and then bringing it back would be astronomical.

While we're still 10-15 years away from seeing anything close to resembling space mining this is certainly a bold step in that direction.