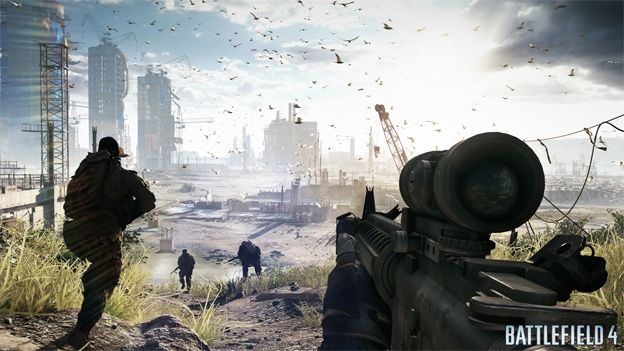 A study has found that people who spend hours playing games are better at taking in information quickly and processing what they see than those that don't.

Previous research has shown that gamers often have better dexterity and are more precise in their hand movements.

Other studies have also found that gamers tend to be better at reacting to stimuli, but this is the first time research has proven a link between playing games and recall.

The study was conducted by Duke University researchers.

"Gamers see the world differently," said Greg Appelbaum, an assistant professor of psychiatry in the Duke School of Medicine. "They are able to extract more information from a visual scene."

The study looked at 125 college students, a mix of intensive gamers and non-gamers.

According to ScienceDaily, each student was put through a visual sensory memory task. This flashed a circular arrangement of eight letters for just one-tenth of a second.

After a delay ranging from 13-milliseconds to 2.5 seconds, an arrow appeared pointing to where one of the letters had been.

Participants were asked to identify which letter had been in that spot.

At every time interval, intensive gamers of action video games outperformed those who don't play games.

The study said that playing action games required gamers to be able to make split second decisions of whether the character in front of them is an enemy or friend.

It said that gamers make "probabilistic inferences" about whether to shoot or not, what direction they are running in and so on, as quickly as they can.

According to Appelbaum, the more someone plays games, the better they get at doing this.
"They need less information to arrive at a probabilistic conclusion, and they do it faster."

However, the gamers as well as the non-gamers suffered from rapid decay in memory of what letters had been seen on the screen.

According to Appelbaum, the researchers hypothesised that the increased performance could be down to three things. Either they see better, they retain visual memory longer or they've improved their decision-making.

He said that based on the rate of memory decay, it is extremely unlikely to be due to improved memory.

However, he can't say for certain whether the improved response is a result of a combination of the two other factors, or just one.

Appelbaum said that the university will be continuing with the study to find out.