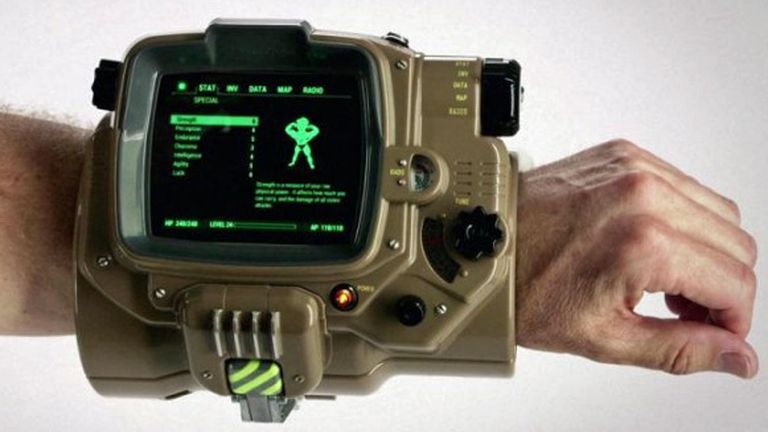 If you have ever wondered what it would be like to own a Pip-Boy smartwatch, as seen in the Fallout franchise of games, then you will need to get your hands on Fallout 4 Pip-Boy edition.

The game comes with a Pip-Boy 3000 wrist cuff that's really case that you can put your Android phone or iPhone into. There is also an app that converts the phone into the Pip-Boy screen.

“Designed to accommodate a variety of smartphone devices with customizable foam inserts, the Pip-Boy is the ultimate accessory for the officialPip-Boycompanion mobile app that allows players to manage their in-game inventory, perks, holotapes and more.”

The gadget was unveiled by Bethesda's games director Todd Howard at a presentation at this year's E3 conference.

“As far as stupid gimmicks go, this is the best f**king one I've ever seen," said Howard.

Devotees of the game have been making replica Pip-Boys for years but this is the first "official" one. Now all we need is an "actual" one.