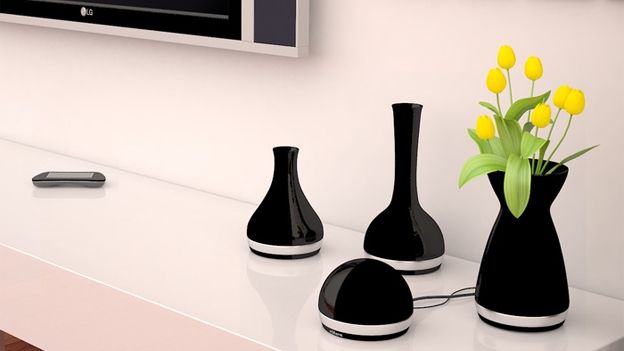 A new Android-based games console called eSfere has launched on indiegogo boasting a Tegra 3 quad-core processor along with HD films, TV and games. This is the first console since OUYA to try and create a home gaming system using Google's operating system, Android.

With expandable storage and the ability to turn the eSfere into a functional item such as a vase or sculpture Joaquin Soler, the Co-founder of eSfere believes their alternative to big console gaming offers something completely new.

Of course you won't just get something that looks good, under the hood there beats the heart of a powerful Nvidia Tegra 3 quad-core processor with 2GB RAM, 16GB of internal storage, WiFi, Bluetooth and a HDMI socket for connecting to a HDTV.

Where OUYA and eSfere really stand apart is in the way you interact with them. While OUYA has gone for a physical controller that mimmicks those of the Xbox 360 and the PS3, eSfere has instead opted for a touchscreen controller with customisable adhesive buttons which can then be placed on the screen.

Looking not disimilar from the Wii U controller but without the physical buttons the touchscreen controller does bump the price up a bit costing $25 over the OUYA which costs $99.