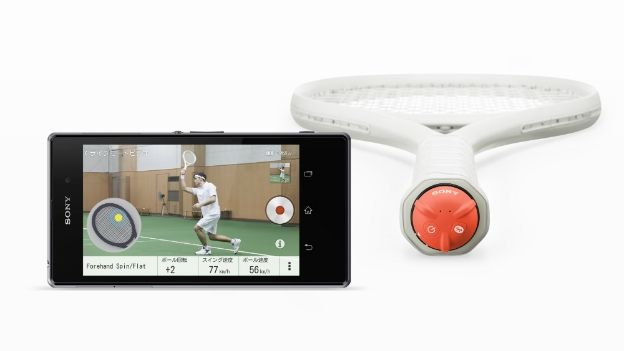 Tech-savvy and tired of your tennis game? Well, look no further because Sony has got you covered.

Introducing Sony's Smart Tennis Sensor, a small device that fixes to the bottom of your tennis racket, delivering detailed analysis of your game to your smartphone via its app.

Users simply connect their smartphone or tablet via Bluetooth to recieve constructive feedback.

The information can also be shared on social networks through the app's included social features.

“Through working with our partners in the tennis racket market, Sony will offer its Smart Tennis Sensor, to all levels of tennis players ranging from beginners to experts and is very excited about the prospect of enriching tennis with this new experience” said Furumi Hideyuki, Sony corporate executive.

Albeit this neat bit of tech does have a catch - the sensor is only compatible with select tennis racket models by Sony partners such as Wilson, Prince and Yonex.

So you can't just buy it and stick it on the end of any old racquet, which is an obvious nuisance.