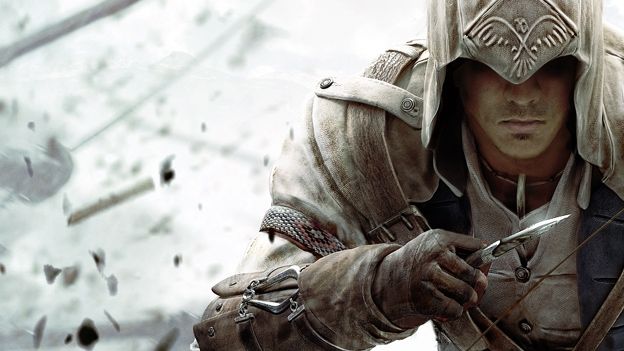 The news of the extra hour's content broke after Amazon.co.uk updated the box art for Assassin's Creed 3. The new box art clearly has a label on it bearing the words: 'PS3 Exclusive Edition: includes 60 minutes of exclusive gameplay'.

The news backs up the announcement that Ubisoft made at the E3 video games expo in Los Angeles earlier this year. The publisher stated at its key-note presentation that the PS3 version of Assassin's Creed 3 will include four exclusive single-player missions. If the new box-art is anything to go by, these PS3-exclusive missions will take players approximately an hour to complete.

Assassin's Creed 3 is the first installment in Ubisoft best-selling third-person adventure game series to feature a brand new setting and new protagonist. The story for the game is set in North America, beginning in 1777 and taking place over a a 30-year period. Players take on the role of Connor Kenway, a half Native American half British soldier, who fights against the British in the American War of Independence.