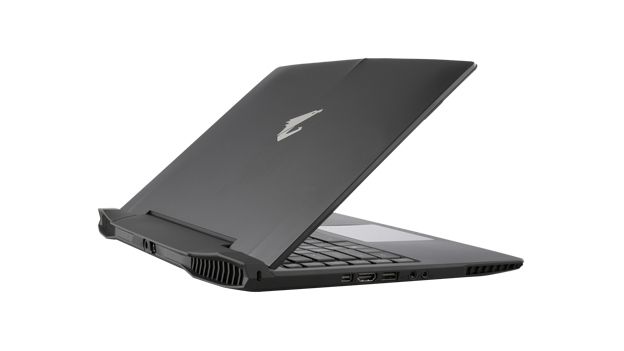 The days of sitting down at a gaming laptop with a paltry Full HD resolution appear to be nearing their end...

The super high resolution display is only available in the top end model, mind.

Gigabyte's gaming laptop looks the part too. It's pretty thin for a gaming laptop, at 22.9mm, but at 1.87kg, it isn't exactly light.

Packed into that frame though, you get a mousepad with a glass surface, backlit keyboard keys and five programmable keys on the far left of the laptop.

Specs-wise, it comes with Intel's latest fourth generation Core i7 chip, an Nvidia GeForce GTX 870M graphics card, up to 16GB RAM and a 1TB SSD card. It also comes with a MiniDisplay port that can output content at 4K – you know, if the screen itself isn't good enough.

Speaking of the screen, it does come at a price. According to Gigabyte, you can expect only three to four hours of battery life during full-bore gaming sessions.

There's no word on UK specific pricing – according to Gigabyte, we should find out in a couple of weeks.