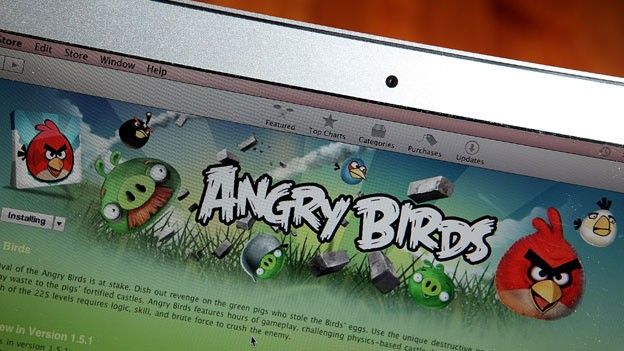 Rovio's Angry Birds is to continue its mission of pig-squishing, egg-retrieving world domination with official Angry Birds stores to be opened in China within the coming 12 months

Angry Birds developer Rovio has revealed it is to open a series of Angry Birds branded retail stores within the coming year with the shopping outlets to touch down in China in order to flog the much loved brand's official wares.

With the global phenomenon that is the Angry Birds app being downloaded more than 50 million times in China alone, developer Rovio has confirmed the Asian nation is to be the first to play host to official Angry Birds stores.

Making the announcement during the Techcrunch Conference in Beijing Rovio's Chief Marketing Officer, Peter Vesterbacka revealed China has been targeted as the first location for Angry Birds retail stores due to the amount of unofficial merchandise for the bird-flinging app currently being sold in the country.

"On the physical side, we don't have a lot of our officially licensed products out here, so we have ourselves to blame," Vesterbacka said. He added that he had gained "a lot of inspiration from the copyists" and that "It is great that the brand is so loved."

First launched for iOS devices through the Apple App Store in 2009, Angry Birds has gone from strength to strength and gripped the mobile gaming habits of smartphone owners across the globe. Now available on all key platforms from iOS, Android and Windows Phone 7 to the Mac App Store Angry Birds has been following by a number of spin-offs including Angry Birds Seasons and movie tie-in Angry Birds Rio.

What do you make of the brightly hued bird catapulting app that is Angry Birds; old hat or continued go to game of choice? Let us know via the comments box below.