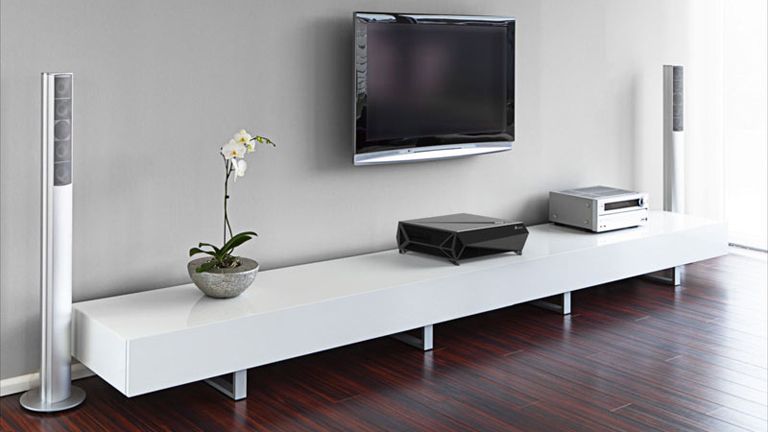 There's no denying it. The traditional desktop PC gaming experience is about to bite the bullet. Sure, high-end enthusiasts will still remain devoted acolytes, building monstrously large, liquid-cooled behemoths crammed with the very latest engorged, most ridiculously expensive GPUs they can get their hands on - after all, someone has to rank top of the Firestrike Extreme Hall of Fame- however for the mainstream, things are about to change.

Why? New technology, that's why. Thanks to some innovative new tech, both in terms of full systems and system augments, now if you want to run The Witcher 3 at 4K, you're not going to need a system heavier than Mjölnir and larger than John Romero's ego circa 1999 to do so. New technology such as the Razer Core, a plug-and-play external desktop graphics enclosure that can hold any single double-wide, full-length PCI-Express x16 graphics cards, mean that in 2016 users will be able to transform their underpowered ultrabook, notebook or laptop in seconds into a system capable of running Fallout 4. In addition, other tasty new products like Corsair's Bulldog, a stylish small form-factor system that can sit alongside your TV's set top box and act as both a 4K gaming rig and powerful multi-media centre, will help move the PC gaming experience into the living room, without sacrificing gaming fidelity or customisation.

Retaining customisation is the catalyst

I've been an avid gamer for decades now and, throughout that time, the PC gaming system has always remained high-up in my pantheon of platforms. This is because the greatest strength the PC gaming field has is that of empowering gamers with the ability to customise their rigs. Every aspect of a system - both hardware and software - is selectable and, once installed, almost always tweakable, such as in the ability to overclock GPUs, CPUs and RAM. Aesthetically you also have best-in-class choice, with cases varied and moddable, lighting systems wondrously trippy or classily restrained, and high tech cooling systems adding a real element of wow-factor. In contrast, consoles do not offer any where near the same levels of performance and, crucially for the PC gaming enthusiast, customisation.

So why have more people not converted? Well, price aside, the size and complexity of a PC gaming system have been the core pitfalls. Those, as well as the fact that unlike a console, the gaming PC is very much a fixed, monolithic object. The fact that it shouldn't move is intrinsic to its being. Seriously, the last time I moved house I carried my Antec Twelve Hundred-housed system down some stairs, along the garden path and then into the back of the removal van and almost collapsed. Seriously, I think that 'gaming PC' should be added to the list of potential murder weapons in the classic boardgame Cluedo, as if you dropped that on anyone then it would immediately be game over. “I think it was Colonel Mustard, in the study, with the gaming PC…”

The Razer Core, an auxiliary graphics card enclosure that was on show at CES 2016

CES 2016 saw the biggest recognition yet from the PC gaming hardware industry that this needs to change. This new technology, which we'll move onto analysing in greater detail in a moment, was clearly greenlit on the basis that the old powerful and large desktop home PC / small, lightweight and underpowered portable PC divide needs to be smashed and made obsolete. And, I for one, welcome it. Many gamers, myself included, live incredibly busy and hectic lives, juggling demanding working hours and family life on a daily basis. This, even at weekends, can often lead to windows of opportunity to game being infrequent or snatched. If PC gamers can unshackle their hobby from the home or a traditional 'computer room', without compromising the experience, then 2016 should herald in a bright future. That ability to bring the PC gaming experience into a more social space, such as living room, in style or even take it away on a commute or for use at lunch, excites massively.

The Core is powered by its own in-built500-Watt PSU

Anyway, enough Kool-Aid, let's look at some of the hardware.

From a computing angle, from T3's experience of CES 2016, Razer's Blade Stealth stole the show. This super sleek ultrabook both looked the bomb and was revealed to be surprisingly affordable for what it was. The piece of technology that made it the show stopper though wasn't anything inside it but rather the Razer Core that was attached to it via a single Thunderbolt™ 3 (USB-C) cable. That cable is capable of transfer speeds up to 40 Gbps and delivers the necessary bandwidth to enable the Core to throw its GPU juice to the Stealth as if it were actually installed physically within the ultrabook. The result? Titan X graphics on an 1.25 kg portable. Yeh, that's as insane as you think it is. The idea of such a system would've been considered heresy only a few years ago, however now thanks to the new, super versatile USB-C ports beginning to be installed on systems, it's a reality.

The Core can take almost every single graphics card made by Nvidia and AMD, including the monstrous Titan X

The Core is constructed from aluminium and accepts basically all single double-wide, full-length PCI-Express x16 graphics cards as made by both Nvidia and AMD. It measures 104.9 x 339.9 x 218.4 mm, is powered by an internal 500-Watt PSU and even supplies four USB 3.0 ports and a single Gigabit Ethernet connection on its rear. This means that the limited ports of the system it is connected to - which is usually low for portables - also does not become an issue, with gaming keyboards, headsets, mice and more capable of been wired through it. In addition, as the GPU's own ports remain accessible at the back of the Core, if the you feel the screen of the portable system can't do a game justice, you can easily plug it into a massive 4K TV or monitor. Oh, and because the Core has its own power supply, it also charges the connected system too when in use.

The Core allows you to route a bunch of gaming accessories through its four USB 3.0 ports

Simply put, it sounds like an excellent, game-changing product. I fully envision that the external graphics enclosure will become a serious market going forward, with various models released, however it is the core concept that now serious graphical grunt can be divorced from the desktop tower and, when the user wants, upgraded to keep their portable system at the cutting edge, that is the real take-away here. PC gamers are not going to have to look at the selection of gaming laptops on offer and compromise on performance 'because it's a laptop', always knowing that if they were at home they could be enjoying a better experience. Sure, the quality of other system components will remain potential limiters, however the reality of gaming today is that the GPU is the workhorse and the main difference between playing at low resolution with ropey textures and zero post-processing, and playing at max settings.

While technology such as that demonstrated in the Core is going to help take PC gaming out of the house in 2016, upcoming systems like the Corsair Bulldog are going to help move it into the living room. The Bulldog, a small form factor PC platform, can be bought in a brace of kit forms - so one that supplies a chassis, CPU cooler and PSU, and another that supplies the same but also with a motherboard - or as a complete system, is clearly aiming to be a product that not only will provide 4K gaming in the living room but also one that could act as a versatile multi-media system.

The Bulldog is available both in kit form, preserving customisation, and as a fully-built system

Small form factor PCs already exist for sure and, if you are well versed in the art of PC building, you could have already built something similar, however where the Bulldog differs is that it has considerably streamlined and simplified the process. The Bulldog will allow a gamer that may be unfamiliar with building small-scale systems to quickly get up and running an affordable machine that has a liquid cooled CPU, a liquid cooled GPU and enough processing power to run 2016's most demanding games at 4K. It's what the Steam machines always should have been. The Bulldog will allow a level of customisation that the gamer wants, allowing them to build up from a barebones system or just select the odd product such as the GPU to an almost finished build, and then comfortably install it on show on or within the cabinet of their choice.

And that's the point, the reason why the Bulldog and the inevitable alternate systems that will arrive throughout 2016 excite me as a PC gamer, they will allow you to break free from the desktop. Yes, there will be no doubt be people who will state that they have been playing PC games on their HD TV with Steam's Big Picture Mode for months or even years, however the point I'm making is that it will be in 2016 when that ability is taken to the mainstream market. It will be 2016 when the console gamer comes round to your house and watches you play the exact same game he was just playing on his console, in the same type of living room, on the same type of comfy sofa and with an almost identical controller, but instead of it barely managing to output at 900p and 30 FPS, he'll watch in horror as it's delivered at 4K and 60 FPS, with all settings locked very firmly at max.

As you've probably guessed, I'm pretty excited about the PC gaming landscape over the next year. There's some top looking titles heading down the pipe - Deus Ex: Mankind Divided anyone? - and now thanks to the sort of technological innovations delivered by Razer and Corsair, I've got some serious decisions to make as to what platform I'll be playing them on. I'd been shying away from the PC lately due to me preferring to spend my increasingly limited free time in more socially-orientated environments. However, the sort of tech shown off by the Stealth, Core and Bulldog seem to be making great strides in rectifying these sort of issues and, from my perspective at least, that's great news for PC gaming.