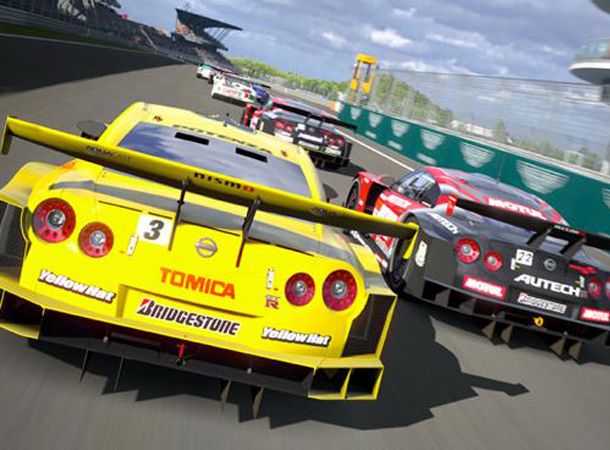 Sony's PlayStation division had a solid showing of new PS3 games and of its new 'Move' controller technology at E3 2010 in Los Angeles this month. Sony Computer Entertainment of America boss Jack Tretton's down-home, almost dead-pan delivery of the company's plans for the coming year was in stark variation with the Cirque-de-Soleil showmanship of Microsoft or the Miyamoto-hero-worship-fest that is the annual Nintendo E3 conference.

Unfortunately, for PlayStation 3 and PSP fans, much of Sony's announcements at this year's event have immediately been overshadowed by Nintendo's own new glasses-free 3D handheld console. And we'll have lots more on all of that shortly.

However, if we look in a little bit more depth at what Sony and its various publishing partners at the likes of Ubisoft, EA, Activision and others have announced for the PlayStation at this year's E3, it is clear that there is still more than plenty to get excited about.

Here, in no particular order, are our top ten new games and new PlayStation tech announcements made at E3 2010.

Sony's motion-controller releases in the Britain on later this year, with Sony Computer Entertainment Europe announcing some very competitive pricing for the UK.

Move is clearly Sony's response to the runaway success of motion-controlled gaming on the Nintendo Wii, but this other Japanese gaming giant is promising to bring something new and better and all-round more fun to the motion-controlled videogame experience. And unlike Microsoft's newly-announced Kinect system, Move still gives you a controller which you have to hold in your hand and wave about to make things on the screen move in time with your desires.

Sony showed off a number of fun-looking Move mini-games, as well as rolling out the new Tiger Woods title, due for release from EA Sports later in 2010, to show off the highly realistic '1-1' nature of the controller. We only hope that it is not too realistic, mainly because we aren't very good at gold in the real world!

Capcom's Resident Evil 5 and party games such asSingstar will also be Move-compatible when the new controller is out later this year. Perhaps the most welcome news of all was the pricing of the new gaming tech from Sony.

Play.com is already taking pre-orders for the PlayStation Move Starter Pack, including a Move controller, PlayStation Eye and starter disc, at only £49.99. Standalone Move sticks are set to cost £39.99 and Navigation Controllers will set you back £29.99.

PlayStation Plus is the name of Sony's newly-announced subscription-based download service for the PlayStation Network (PSN).

Sony's has released the full price list for PlayStation Plus in the UK, revealing that a 12-month subscription will be available for £39.99, with a 90 day subscription priced at £11.99, for which you will get a full-fat PSN game and a couple of PS Minis each month, in addition to exclusive access to beta tests and lots of other content not available elsewhere.

For forty quid a year, providing that Sony continues to put out decent games for download on the service each month, it seems like a no-brainer.

Sony reps also told E3 attendees that PlayStation Plus subscribers will be getting enough content to cost them £200 a year ordinarily, or £50 every 90 days.

For those of us that remember the glory days of Mizuguchi-san's Rez on the Sega Dreamcast or PlayStation 2, the mere fact that the dance-action-puzzle game genius is making a new game is immediately reason for celebration. More recently, many of us have spent literally hundreds of hours of our lives getting lost in the brain-melting puzzles of Miz's outstanding Lumines titles (of which, the original PSP version still stands out as one of our favorite games of the last ten years…).

Ubisoft is taking on the publishing duties for the music guru's latest game, called Children of Eden. On first glimpse at Ubi's E3 press conference, the motion-controlled trippy action reminded us a lot of Rez. But it just looks better. And we are sure that the PlayStation 3 version of Mizuguchi's latest is going to be the definitive version of the game.

FINALLY! The game that many of us invested in a PlayStation 3 for is out on November 2. Gran Turismo 5 has been given a definite release date.

GT5 is going to be one of Sony's biggest gaming titles of 2010. Without any shadow of a doubt. It is also set to be one of the key show-off titles for the latest 3D PlayStation and Bravia TV tech when it releases in November. Providing you have bought yourself an expensive new 3D telly, that is… In-game collaborations with Top Gear were mentioned at E3, which we will no doubt here a lot more about over the coming months as we lead up to release.

Sony was also showing off the new MotorStorm Apocalypse game, another 3D big hope for SCE which also looks like it is going to be a lot more fun for the non-petrolhead gamers that just like to experience the thrills of tanking around a virtual racing course, without having to know much if anything about cars or carburettors or clutches and that.

The game's phenomenal graphic quality, visible the video below, offers realistic damage to each of the 1,000 featured cars and is further boosted by the option to play in 3D.

While Microsoft sits on the fence with regards to 3D gaming technology, and Nintendo has chosen to back a limited glasses-free 3D gaming tech for its cutesy new 3DS handheld, Sony is firmly pushing the tech envelope, hoping that new 3D-compatible games on the PlayStation 3 are going to help to push sales of its latest Bravia TVs in the coming years.

And this is no vain hope, because what we have already seen to date of 3D-compatible PlayStation games that are already out there, such as the recently released 3D version of WipEout HD for download on PSN, has actually blown our socks off.

Sony's moved on in leaps and bounds since it first started showing off tentative demos of 3D PlayStation games to us back at CES 2009. We can only hope that, should the technological progress in 3D gaming continue at the current rate, we will all be playing on high-def three-dee tellys in a year or two's time.

Sackboy is back this coming November in LittleBigPlanet 2 for PlayStation 3. If you haven't yet played the first game in this charming series, which, for many, was the first definitive game for the PS3, then you really need to go and pick up a bargain-bin copy from your local gaming emporium!

LittleBigPlanet 2 promises more of the same, letting users control and create their gaming environments until their geek hearts are content. This time around you will also be able to create levels across different types of game format such as role-playing games, racers, shooters and quizzes.

Oh. And it's fully 3D-compatible, too.

In a nod to the retro-gaming crowd, Sony favourite David Jaffe – he of God of War fame – finally relented and admitted that, despite what he might have told us all previously, he really is not making a new Twisted Metaltitle for PlayStation.

The gameplay shown off at Sony's E3 conference was redolent of Twisted Metal 2 and Black so great to play, while also introducing helicopters in which two people can fly around and shoot from, while also lifting the cars racing around below and moving them around. Players can also choose to share cars, with one shooting while the other drives.

It certainly looks like it is going to be a major title for Sony whenever it releases. The game looks like it is still pretty early in development, so we don't imagine we will hear too much more about it in the near future.

8/ Valve announces Steam for the PlayStation 3

Whooah!!Valve boss Gabe Newell announced Steam for PlayStation3. To audible gasps from the hardcore elements in the E3 crowd. Few of us saw this one coming, particularly because Newell has been more than vocal in the past about his own perceived shortcomings with Sony's console.

Well it looks like he's got over all of that. One of the best game download services has just arrived on PlayStation 3. A major major coup for Sony and rightfully something that it was shouting loudly about at this year's show.
Which also leads into the final major PS3 news from this year's E3…

First Steam for PlayStation 3 and then Portal 2. Double whammy!

Portal 2 had only previously been confirmed for PC and Xbox 360, and now it is heading to PS3 as the best console version of the title, fully-compatible with Valve's Steamworks, which means awesome cross-platform multiplayer (so you can play against Mac and PC gamers) in which you can play the game's new co-op mode with your PC gaming mates.

Secondly, the game will also feature Steam Cloud, so you can put your save file on Valve's servers – and thus continue to access your game progress and settings wherever and however you play Portal 2. Genuinely mind-blowing and impressive stuff.