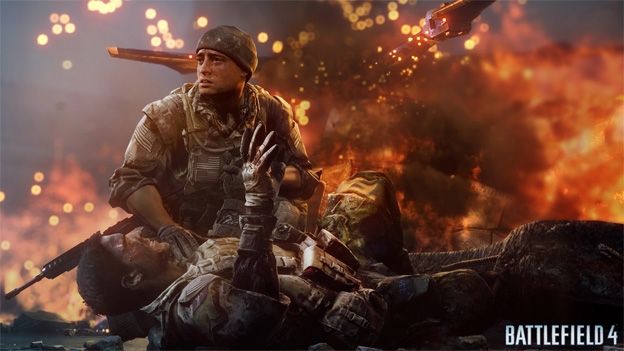 With big hitters like Tomb Raider and Bioshock Infinite already out and GTA V seemingly on hold until later this year, we've taken a look at the top trailers teasing us with potential game of the year candidates.

Ubisoft's E3 surprise from 2012 is starting to take shape. You play Aiden Pearce, a vigilante with the power to access any electronic device, seemingly at will. If the trailers are anything to go by, Watch Dogs could set the gaming world of fire.

You could have spent the last year under Ayre's Rock and you'd still know all about GTAV, such is the level of hype. The latest installment promises more of everything you love, and a brand new story to wrap your crowbar around.

Originally thought to have been canned, this X-Com FPS has re-emerged as 'The Bureau' and promises to bring a new perspective to the X-Com universe, whilst retaining X-Com's unforgiving nature.

Originally thought to be an April Fool's joke, Blood Dragon turned out to be real - a vintage 80s take on a dystopian future, where you must "get the girl, kill the baddies, and save the world". Sounds good to us.

After what was - even by Metal Gear standards - a pretty weird build-up, installment number five has finally been unveiled. Expect it to be predictably cut-scene heavy, but Solid Snake voice actor David Hayter will not be returning.

The latest installment of EA's super successful FPS franchise is due for release this year, and landed with whopping 17 minute gameplay trailer. Sit back and enjoy - you're in for a treat.

This intriguing little arthouse game from Sony appeared at TGC in 2012, and re-appeared this year at this year's GDC in San Francisco. The story surrounds a young boy, who is only visible when standing in the rain.

Need for Speed: Most Wanted

LEGO Lord of the Rings

Lego Lord of the Rings

The Last of Us

Super Mario Bros U (Wii U)