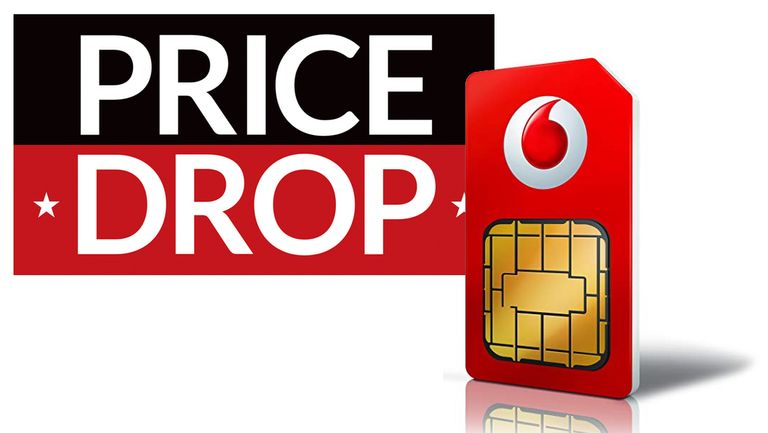 There's a reason SIM only deals are so popular online: if you're happy with your current phone, you can save a lot of money by picking up a SIMcard on its own. They'll significantly increase your data allowances if you need it, and you can pick up smaller data plans at rock-bottom prices if you're a 10GB-per-month sort of user.

Compare them to SIM plans with handsets included, and you're often adding an additional £20-£30 each month to account for the cost of the device. With larger data plans and top-of-the-range handsets, this can often stretch to over £60-£70 per month in total.

If you've not looked at a SIM-only deal before, these excellent deals are the perfect way to start. Vodafone is offering its Unlimited Lite, Unlimited and Unlimited Max data plans⁠ – yes, that's potentially infinite 4G and  even 5G browsing⁠—from as little as £14.00 per month. Check out the deals in full below:

Vodafone Unlimited SIMcard | unlimited data (10MB download speed), calls and texts | was £26 per month | now £15 per month with Mobiles.co.uk
The same amazing deal on your Vodafone SIMcard, but for just £1 more per month, you can quintuple your maximum download speed—⁠perfect for taking advantage of Vodafone's fledgling 5G network, if you have a compatible device. View Deal

Vodafone Unlimited Max SIMcard | unlimited data (no cap), calls and texts | Vodafone Entertainment package | was £36 per month | now £20 per month with Mobiles.co.uk
Top of the heap. Unlimited everything, with no cap on your download speed and access to Vodafone's stellar Entertainment package: free 12 or 24-month subscriptions to NowTV, Spotify Premium, Amazon Prime and Sky Sports. What a deal. View Deal

The mechanism in which you're able to save money on these great SIM-only deals is Mobiles.co.uk's excellent cashback scheme: which does mean that initially, you'll be paying full price each month. However, simply follow the instructions at checkout and send your invoice for the listed amount on months 4, 8, 10 and 12 to save up to £192 on the total annual cost of your plan.

As Vodafone is one of the first networks to really embrace 5G in 2020, your new data plan is effectively future-proofed. Jumping on board one of these great deals now means that by the time 5G is more ubiquitous, you'll have a data plan capable of using it without paying through the nose (as long as you have a handset capable of accessing 5G).

For even more great SIM only deals, from Vodafone as well as every other UK mobile network in the UK, be sure to take a look at T3's awesome SIM only deal comparison tool below, which allows you to filter deals by price, allowances, network and much more.

Want a quality mobile phone to go with a quality SIM only deal? Well be sure to check out T3's awesome best phones, best Android phones, best cheap phones and best gaming phones guides for plenty of top-rated handsets.