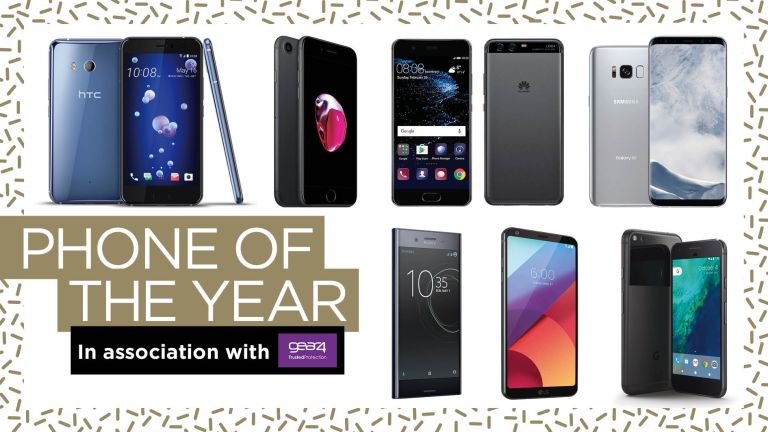 The Phone of the Year 2017 is brought to you in association with Gear4.

Although many of our awards will be voted for by an expert panel, we asked you to vote for our reader-voted categories including Gadget of the Year, Brand of the Year and Retailer of the Year as well as Phone of the Year - this is now closed.

Choose from Apple's iPhone 7 which took the iPhone brand from strength-to-strength. There's the innovative and sleek HTC U11, Google's Pixel with its superb camera, Huawei's super P10, the return to form that was the LG G6. Then there's Samsung's classy Galaxy S8 and last but not least Sony's new XZ Premium - a proper Sony flagship phone at last.

And don't forget to check out our great features on the cream of the smartphone crop:

As part of the T3 Awards' 10-year celebration in 2016, a one-time Gadget of the Decade award was given to the Apple iPhone, voted for by you.

Buy our phones of the year!

However, on the following key categories YOU got to vote:  Gadget Of The Year, Brand Of The Year, Retailer Of The Year and Phone of the Year.

Our 'people awards' are awarded by the T3.com and T3 magazine teams.

More on the T3 Awards 2017 together with Three