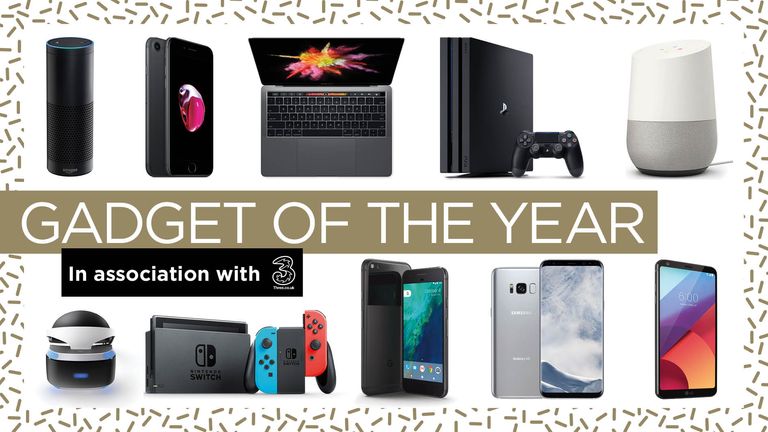 Here are the contenders for Gadget of the Year in the T3 Awards 2017 together with Three.

Although many of our awards will be voted for by an expert panel, we asked you to vote for our reader-voted categories including Retailer of the Year, Brand of the Year and Phone of the Year - this process has now finished.

Which is your favourite?

And don't forget to check out our great features on the cream of the smartphone crop:

However, on the following key categories readers got to vote:  Gadget Of The Year, Brand Of The Year, Retailer Of The Year and Phone of the Year.

Our 'people awards' are awarded by the T3.com and T3 magazine teams.

More about the T3 Awards 2017 together with Three