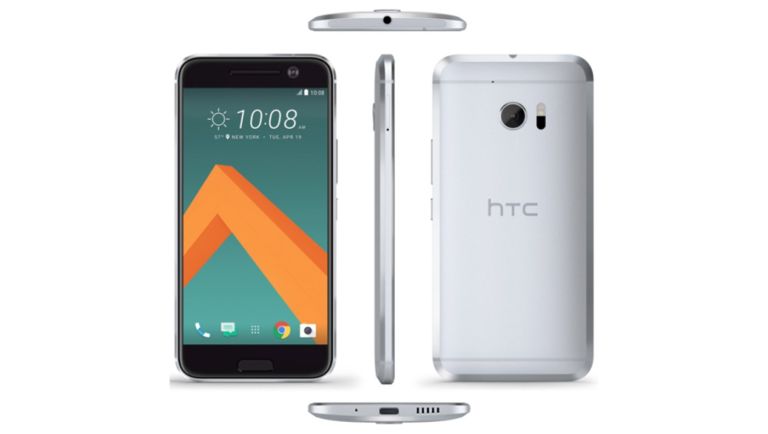 Leaking up and coming models and prototypes from the biggest smartphone manufacturers has fast become an industry all to itself, with 'insiders' regularly forcing said firms to shore up announcement dates in reaction.

So it's no surprise to see what could well be the new flagship handset from HTC unceremoniously unveiled via a spat on Twitter.

Said game of one-upmanship took place a few days ago between two of the most prolific figures in the 'leaking' community, Steve Hemmerstoffer (aka @onleaks) and Evan Blass (@evleaks). The two are known for their falling outs, but the latest confrontation saw the name 'HTC 10' dropped into the mix before Hemmerstoffer posted a series of crude shots that showed what appeared to be a new HTC model.

In response, Blass then tweeted renders of what appears to be the same device, presented from every angle for all to see. So is this really the new handset from the Taiwanese firm? Well, HTC did show off a shadowy outline of a new model at MWC 2016 (in addition to the HTC X9), with fans and critics assuming this would be the HTC One M10 (if previous naming conventions are to be followed).

If these leaks are to be believed, the HTC 10 prototype has a 5.5" QHD (quad high quality) screen, a 12-mega pixel camera and USB-Type C functionality. A potential April 19 release date was also thrown into the melting pot, but like everything else revealed by Hemmerstoffer and Blass, we'll take it with a pinch of salt before we take any of it as red.

Why not check out: Best mobile phones 2016 - the best new smartphones due this year from Apple, Samsung, LG and more