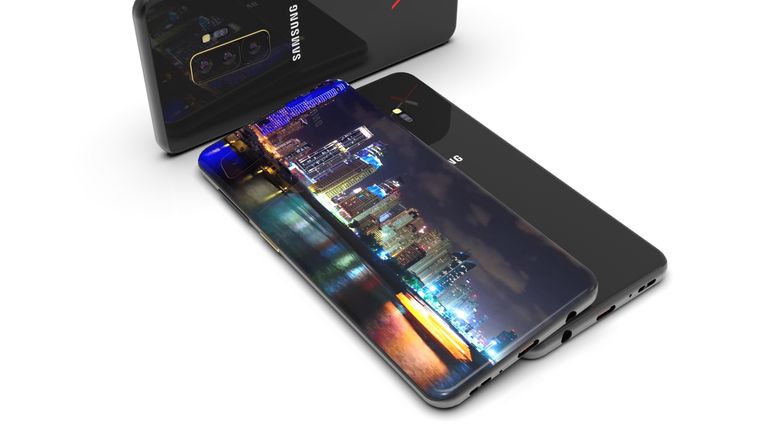 The Samsung Galaxy S10 is already looking like the phone to beat in 2019 and now, thanks to a luxe new concept design of the phone, we have an even better idea of what it could look like when released.

And if the Galaxy S10 does look like this when it's released, then we're in for a real treat.

The Galaxy S10 render shown here comes from a new video by DBSDesigning. In it,  we see the much-anticipated new Galaxy phone with an all-screen display with speaker embedded in it, an in-screen fingerprint reader, and a triple rear camera system. All of these features have been leaked or heavily rumoured at some stage.

Samsung has not confirmed what the S10 will look like yet officially, but many of the features shown in the render tally perfectly with what has leaked about the handset so far.

For example, there have been a whole load of whispers saying that the S10 will pack a gorgeous, all-screen display over the past few months. None confirmed, sure, but as they say: there is no smoke without fire.

Equally, the knowledge that Samsung is currently working on in-display fingerprint technology, and that it is set to be debuting in the S10, is one of the worst kept secrets in the mobile industry this year.

Also, that S10 triple rear camera treatment was called by us back in June.

Check out the video below.

There's even been talk of the S10's speaker being embedded in the phone's display, which regular readers will remember T3 reported on back in May.

Indeed, of all the Galaxy S10 leaks and news we've reported on, only the new 3D-sensing camera, which will offer iPhone X-style biometric scanning, is not clearly depicted here.

The only thing that we don't think is accurate about this depiction of the Samsung Galaxy S10 is its iPhone X-style "X" branding.

The Samsung Galaxy X, after all, is widely reported as being the South Korean maker's much-anticipated folding phone, which is set for release in February 2019.

One thing is for sure, though, if the Galaxy S10 looks anything like this then it is going to be a stunner.

Oh, and the latest news suggests that the S10 could be getting a full-screen fingerprint reader. Awesome, right? Find out more in the link below.