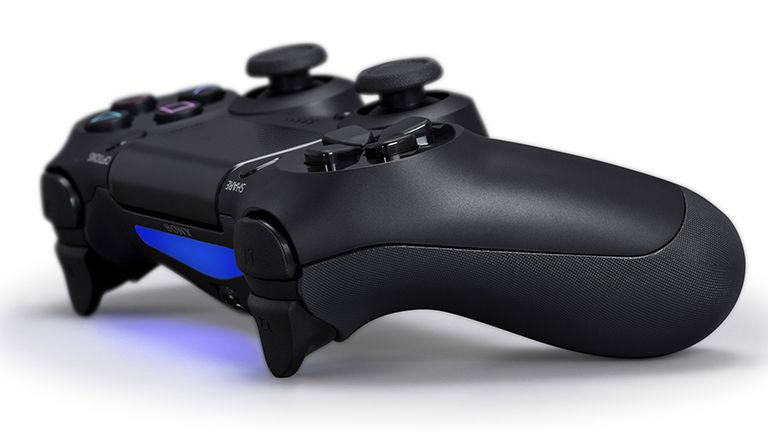 The Sony PS5 controller, the DualShock 5, is shaping up to be one heck of a game pad if the list of patents we've seen has been anything to go buy. So far, the peripheral could be housing a microphone for use with PlayStation Assist,  as well as reading players' biometric data to enhance the gaming experience by tweaking in-game parameters based on heart rate and how clammy your hands are.

The latest patent spotted was actually filed with the World Intellectual Property Organization in July last year, but was published just this week, and compared to the other potential features, seems much more basic, but is the next logical step in transforming our gaming habits and set up.

The patent is for a controller attachment, shown in use with the DualShock 4 that allows for wireless charging, and includes additional buttons that are either duplicates of those found on the controller, or that can be mapped to the player's preference. It may also light up to "indicate a state of a battery in the game controller, and/or to indicate a functional mapping of game controller keys to adapter keys."

The DualShock 4's Back Button Attachment  sounds very similar, offering buttons that can be mapped to mirror the function of those already on the controller, along with an OLED display to show the button assignment and profiles.

The "wireless charging adapter...can snap onto a computer game controller [and]... be inductively coupled to a charging base to wirelessly recharge a battery in the controller.

Wireless charging is commonplace on smartphones these days, and while there are charging cradles for the DualShock 4, pins can be accidentally damaged or broken, so transitioning to a more modern charging method makes sense.

It would be great to see this tech roll out with the DualShock 5, and maybe it's something Sony will address when it finally reveals the PS5. The console was set to be unveiled during February, but with no word from Sony, we're all in a bit of a limbo state.

Microsoft on the other hand has been more than forthcoming, and you can read all about Sony's rival console, the Xbox Series X, right here.