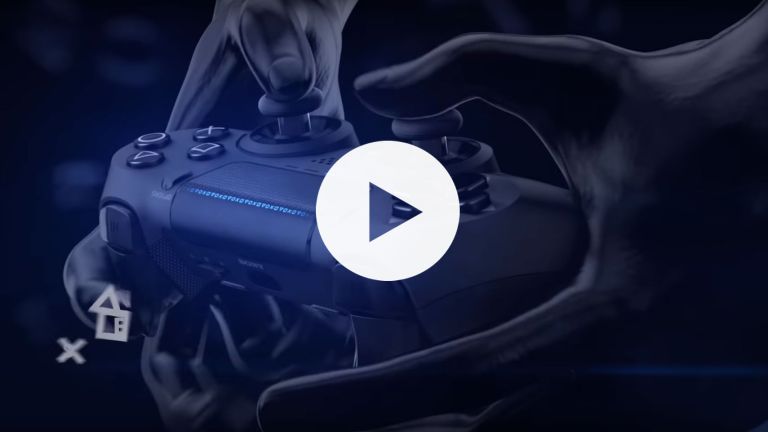 The PS5 is on the way, and we can't wait. From the incredible-looking PS5 games already announced, like Gods and Monsters and Godfall, to the possibilities of 8K gaming, it looks set to be an epic next-generation gaming experience.

A key part of any gaming experience is the controller, and the PS5 doesn't look like it'll disappoint in that regard. From back button attachments to next-level haptic feedback that will respond to the game you're playing, the DualShock 5, as we believe it to be called, is sure to impress once we have it in hand.

Render artist Guiseppe Spinelli from LetsGoDigital has taken all the leaked information and rumours mentioned above and created this incredible concept render of a possible DualShock 5 final design. Check it out below:

The controller retains many of the features that have made its predecessors so successful, such as the classic PlayStation design, an improved directional pad, the in-built speaker and, er, the touch screen no-one uses. It shows off the connection, which has been upgraded to a USB-C, 2,500mAh battery and Bluetooth connection without the need for a dongle.

The sticks, L3 and R3, are interchangeable in the style of Xbox's Elite Series 2 controller, so you can find a stick that works for your thumbs or change them between games. The back paddles, two additional triggers which are currently sold separately to the DualShock 4, are included as standard here. However, they can be removed in this design.

The directional haptic feedback is on display, and microphones and headphones can now be connected directly to the controller with a headphone jack. However, it's possible that if the controller uses this feature, it might simply use the in-build USB-C connection rather than include another input.

There's a lot more features included on this controller, and we have to wonder whether some of the more radical ones will make the cut. Sony's first priority is to ensure the controller is as ergonomic as possible.

If the back paddles get in the way of that, we're sure Sony would either find a way to ensure they fit snugly into your hands, or do away with them entirely. A modular controller may sound like a dream to hardcore gamers, but its another barrier to cross for pick-up-and-play types.

Nevertheless, we love the design of the controller: its close enough to the DualShock 4's design that it's familiar, yet packed full of futuristic features. We'll know more for sure when the PS5 is officially unveiled to the world, rumoured to be in just a few weeks time.