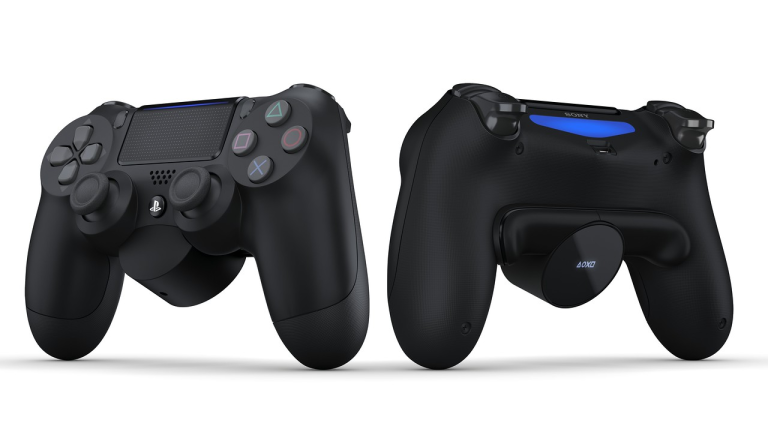 The PlayStation 5 launch is set for holiday 2020, with the reveal rumoured to be as early as next month now that Sony has confirmed that it'll be skipping E3 for the second year in the row in favour of unveiling its new console at its own PlayStation exclusive event, along with a clutch of PS5 games.

So far, we've had a glimpse of the accompanying PS controller via leaked online photos and a patent that shows quite a few differences between the existing DualShock 4 and the upcoming PS5 peripheral. But now the official PlayStation France website appears to have leaked a key detail along with the controller's official name.

Somewhat unsurprisingly, the new controller appears to be called the DualShock 5 and will be backwards compatible with the PS4 and PS4 Pro. The details come from the console comparison page on the PlayStation France website, that lists both the DS4 and DS5 under the DualShock compatibility section for both existing consoles. You don't need to go out on too much of a limb here to figure out that the abbreviations refer to the DualShock 4 (commonly referred to as DS4), and - by extension - the DualShock 5.

The backwards compatibility feature is the most interesting take away from this however, as it was just last month that Sony revealed a new Back Button Attachment for the DS4 which echoes the new design of the DS5 - namely the pair of back buttons on the rear of the controller.

The backwards compatibility for the new controller paired with the reveal of the add-on for the DS4 seems to confirm that there will be new software features present on the PS5 or its titles that will call for a tweaked controller input.

With an inevitable release of cross-platform titles at launch, the need to have the same functions available to players on both current-and-last-gen consoles can be addressed by the Back Button Attachment for those players still on PS4, and making the DS5 compatible with the PS4 Pro, and PS4. It seems to suggest that the extra input is somewhat of a necessity for PS5 titles, rather than an optional extra.

The attachment is set for a February 14 launch, which may hint as to the rumoured PS5 reveal date; it's reported to take place in New York at Sony Hall, at an event that runs from February 5 to February 13, but as always, take this with a pinch of salt until we hear more.