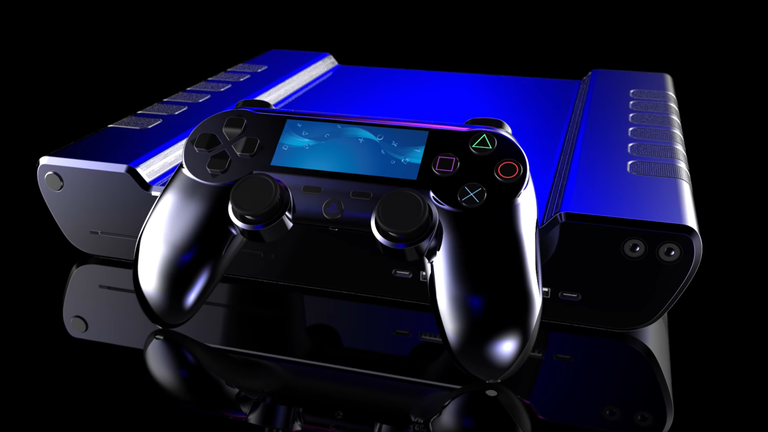 The PS5 is just weeks away from being unveiled and while we've already had the lowdown on some of the console's specs, the DualShock 5 controller is somewhat of a mystery with a number of patents coming to light showing of potential features of the peripheral.

The latest one hints at a gaming experience of the future with players being monitored, and the content they're playing reacting to their emotional state. It's on a completely different level to the controller patents we've seen so far that have included a built-in mic and a new design that brings more functions with it.

The patent is for a "biofeedback sensor attachment" that connects to the controller by the grips so that it's in contact with the player's hands. It stresses that users are "unlikely" to buy costly peripherals, and that the knock-on effect is that developers won't utilise the functionality of a device that no one is forking out for. The aim of this particular one is to be affordable enough that the majority  of people will buy into it, and so developers will incorporate it into their content.

The attachment's sensors can provide feedback after measuring users' biometric responses - like how sweaty their hands are - which the patent says " may be useful in adapting content...so as to provide a more personal experience."

It goes on to mention VR a number of times, suggesting that the application of reading biometric data would be handy in a VR scenario where the player is "fully immersed." The example of a VR horror game s used, with in-game parameters like the number and type of enemies, environmental lighting, or sound are changed in response so as not to create an "unpleasant experience for the user."  Conversely, if they're not scared enough, those same parameters can be cranked up a notch to see to that.

Players' heart rate can also be monitored, with the game or OS of the console keeping an eye on the length of time it stays elevated at to make sure there are instances of "prolonged fear". There's even mention of using the data to make in-game choices.

In the example given, if an enemy appears on-screen and a player is given the option to fight or scram, the decision could be made for them. "If the user is experiencing a high level of emotional arousal, then this could be interpreted as an indicator of fear on the user's part and thus the fleeing option is automatically selected. Such an embodiment is therefore an example of biofeedback information replacing controller input by a user."

The same decision-making approach could also be taken towards likes and dislikes to shape a the narrative of a game by focusing on the storylines and characters a player prefers. A more elaborate setup may even involve the PlayStation Camera to identify facial expressions, body language, or other emotional cues that manifest physically.

It seems like quite an intrusive method for creating better gameplay experiences, and a potential security risk with all of that data being collected, but as always, the existence of a patent doesn't mean the final product will ever see the light of day.

We haven't even seen the PS5 console itself yet, which was slated for a February reveal  so once Sony gets that out of the way, we'll know what lies in store.