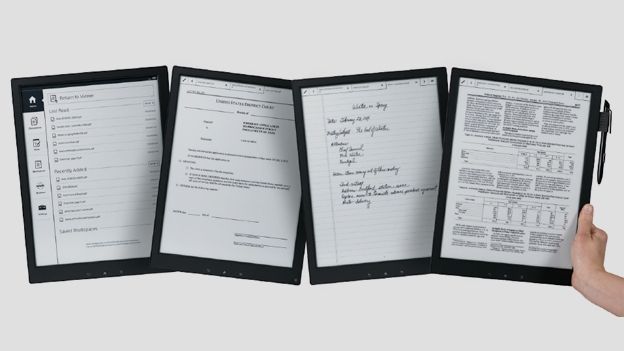 Sony will be bringing its Digital Paper product to market later this year, with a confirmed price point of $1,100

Sony's Digital Paper product was revealed nearly a year ago as the forerunner to truly flexible, digital paper.

Now the Japanese company has confirmed its product will retail for $1,100 (around £662) when it arrives on our shelves later this year.

Behaving almost like actual paper, it lets you make notes and highlight stuff using a special stylus, but unlike actual paper it also lets you download and upload documents to the internet. You won't be able to fold it up and stuff it in your pocket, mind.

You can store nearly 3,000 documents on the 13-inch device but, the real question T3 asks is, with tablets, mobiles and even accessories like the Targus iNotepad, is there much of a need for it?

That latter device even uses a special pen to copy your notes directly onto your iPad. For less than £600.

However, one day we could see real Minority Report-style digital papers and this is undoubtedly a step in the right direction on that count. And, when we do get there, T3 is likely to get really quite excited.