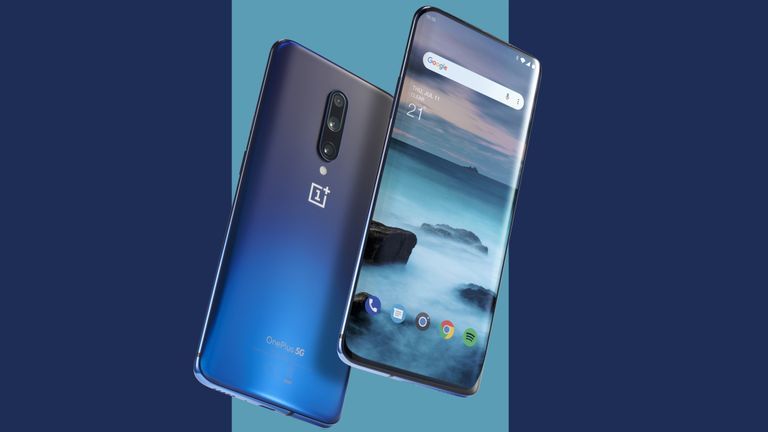 OnePlus is hard at work on updates to its OnePlus 7 and OnePlus 7 Pro handsets launched earlier this year. These minor refreshes, which typically focus on speed or camera updates instead of dramatic industrial design overhauls, are usually branded by a "T" after the numerical value, like the OnePlus 6T last year.

Previous leaks suggest the design won't be all that exciting, OnePlus has revealed some exciting information about the features coming to the next handset.

In an exclusive email interview with CNET, OnePlus co-founder Pete Lau confirmed rumours that a new handset is in the works at the moment and that the Shenzhen-based company will bring the 90Hz high refresh rate OLED (that we heaped praise upon in our OnePlus 7 Pro and OnePlus 7 Pro 5G reviews) to a lower-cost device.

Yes, that means you won't have to cough-up the £649 starting price for the OnePlus 7 Pro to get access to the feature, which makes scrolling within apps, system animations, and fast-paced mobile games appear much smoother.

At launch, OnePlus 7 Pro was the most expensive handset ever launched by the five-year-old company. It was unclear whether this was the start of a new trend for the company – bringing new flagship features not available on rival devices from the likes of Samsung, Apple and Huawei to a "Pro" variant with a higher price tag.

That's still possible, of course. However, it's reassuring to see that OnePlus hasn't forgotten what made it so popular – flagship features at an astonishingly low price point, compared to the likes of the Galaxy S and iPhone ranges.

90 Hz has changed the way we look at displays. Find out how we're sharing smoothness in all-new ways. https://t.co/zE8jb9bDzkSeptember 5, 2019

OnePlus CEO Pete Lau wouldn't be drawn into revealing the full details on the as-yet unannounced smartphone, but he told CNET the new device will launch "very soon" and keep the 90Hz display.

"OnePlus was the first in the industry to use a QHD Plus 90Hz AMOLED screen with the ultrapremium OnePlus 7 Pro," he stated.

"The overwhelming positive feedback pushed us to bring 90Hz, which we believe will become standard on flagship phones, to our highly acclaimed premium lineup so that more people can experience the smooth scrolling display."

Lau didn't confirm whether the processor powering this new handset – likely the OnePlus 7T, rather than OnePlus 7T Pro – was the same Qualcomm Snapdragon 855 found in the 7 Pro, although he implied that will more than likely be the case.

"We design OnePlus devices to achieve the best fast and smooth experience on the market," Lau told CNET. "Implementing the best-in-industry Qualcomm 800 series processors is a major part of achieving this high-end performance."

With OnePlus confirming plans to hold an event in September to reveal its long-awaited Smart TV, it's possible we could see this refreshed OnePlus smartphone at the same event. If so, there's not long left to wait before we know everything there is to know about the handset. Stay tuned.