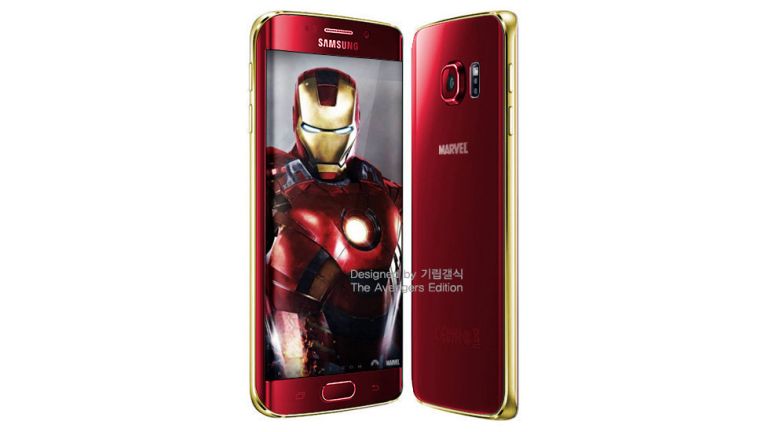 Samsung has confirmed it's working on a special edition Galaxy S6 and Galaxy S6 Edge with a special Iron Man colour scheme to make you feel just like an Avenger.

Tony Stark fans rejoice, soon you'll be able to rock the Iron Man red and gold combo, but instead of cladding your body in the material your smartphone will have it instead.

As if the Samsung Galaxy S6 and Galaxy S6 Edge weren't gorgeous enough, Samsung is now working on a special Marvel tie-in to give them a colour overhaul and add in the now iconic colour scheme.

Samsung's head of mobile marketing, Lee Young-Hee, confirmed to The Korea Times that it'll be releasing the special edition phones at the end of May or in early June.

Sammy have yet to reveal what markets will see the special editions but we've got our fingers crossed for a UK release.

It just seems to be an Iron Man edition as well – Samsung has sadly missed the trick of releasing a bright green Hulk edition or a red Scarlet Witch edition.

Marvel's Avengers: Age of Ultron was released in the UK at the end of April so these editions are coming quite late – you'd think they'd want it to coincide with the film's release.

Samsung is a big part of Marvel's latest film after striking a marketing deal with the company meaning a lot of the characters are brandishing Sammy phones and tablets.