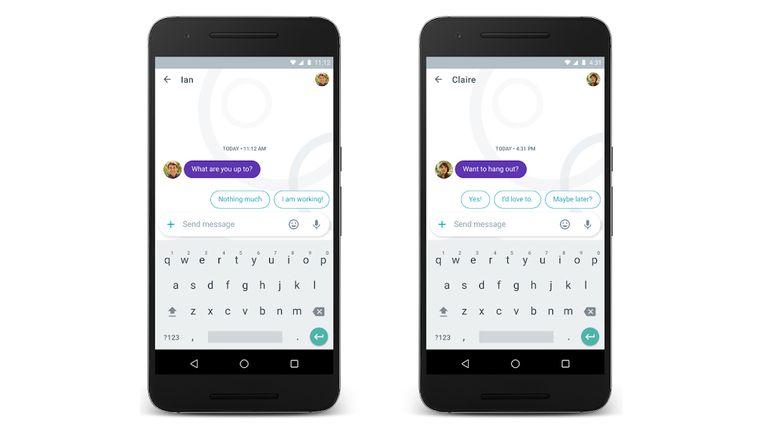 We just watched a live stream of Google's latest announcements, and we must say, we're pretty worried.

We're worried because productivity is overtaking personality, and Google's AI will become so good at predicting what you want that you won't have to even think about it.

Our main concern comes from a demo of the new smart messaging service Allo.

Allo will serve up suggested replies from the context of the message.

One example was that someone sent the user an image of pasta. Without even thinking the user tapped a suggested reply from Google - 'Yummy!'.

Did that user really think the pasta looked yummy? Maybe he wanted to express some other emotions, like thanks, or that he was hungry.

But no, 'Yummy!' was right in front of him, and that was the easiest thing to reply with.

Will we get to a point where all of our conversations can be carried out without any typing whatsoever?

You could argue that no, if you wanted to type a personal reply you would.

Firstly, shouldn't all conversations be personal?

We're already at a point where it's much easier to follow a satnav than learn the directions. Because reading road signs and learning directions is too difficult, we just follow satnav to give our brain a rest. Soon conversations could be a lost art, like map reading.

I always prefered multiple choice exams at school because they're just easier. Your brain doesn't have to think as much. This is just a version of that, a multiple choice conversation.

Will it get to a point where all conversations are constructed from Google's AI multiple choice suggestions?

Then the conversation can start to be manipulated (but maybe I'm getting a bit too paranoid there).

Although I can barely talk - I'm using auto correct as I write this now, so I don't have to bother typing correct spellings and punctuation. Sometimes the keyboard will even suggest a word that I want to use and I select that instead of typing the full word.

It's already started, it's too late, get out now, while you still can!