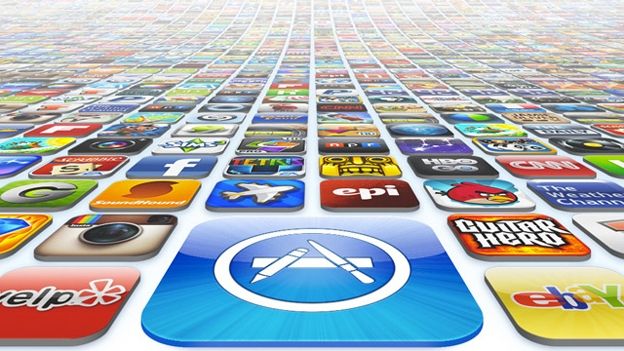 Google's Play store has surpassed Apple's App Store in terms of the number of apps downloaded.

Apple recently revealed that the 100 billionth app had been downloaded from its store. The App Store was launched in 2008 and recently celebrated its fifth birthday.

The latest figures from Appannie reveal that there have been more than 110 billion app downloads on the Google Play store.

That is 10 billion more than Apple has managed. It is unknown when the company passed the 100 billion download mark.

However, despite that lead, the report revealed that Android owners are spending much less – if anything – on apps.

It's figures revealed that the App Store has more than twice the revenue than Google's rival app store.

The report also revealed that games are the most downloaded apps on both stores. More than 40 per cent of apps downloaded on Apple's App Store are games according to Appannie.

The second most downloaded type of app on Apple's store is entertainment, followed by photo and video. Meanwhile, on Google's Play store, the second and third most downloaded categories are communications and tools respectively.

Apple is currently estimated to control 20 per cent of the market, while Android is believed to account for 60 per cent.