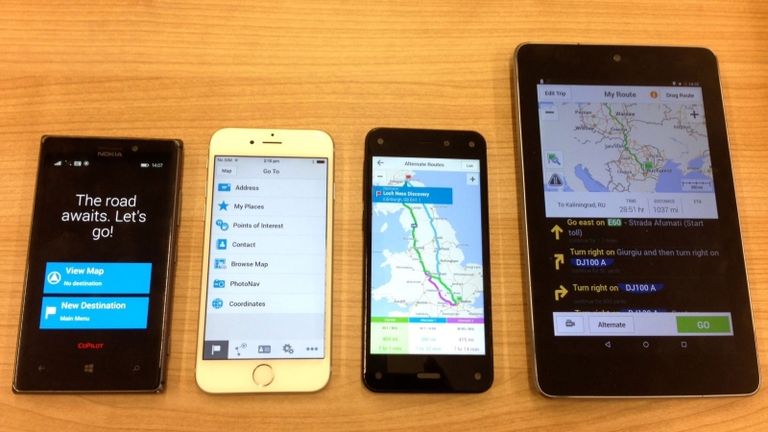 If you've been bemoaning the lack of GPS navigation options on the Amazon Appstore then here's some good news, CoPilot has just launched on the platform.

One of the drawbacks of Amazon's Fire OS on the likes of the Fire HD 7 tablet and Fire phone is the fact it doesn't come with Google's fleet of pre-installed apps - and that includes Google Maps.

Amazon provides it's own mapping solution, which is similar to Google's, but for those wanting comprehensive turn-by-turn navigation options are harder to come by on the retail giant's ecosystem.

CoPilot provides offline route planning, mapping and navigation, meaning that even when you don't have a data connection on your mobile (or tablet) you'll still be able to find your route home.

The voice guided, turn-by-turn GPS navigation is available via an in app purchase, with the UK & Ireland setting you back £19.99 - it's not a free service like Google's, but then that doesn't provide offline functionality as well as speed limit warnings and lane assist.

The app is free to download now via the Amazon Appstore on the Fire OS and Android operating systems.