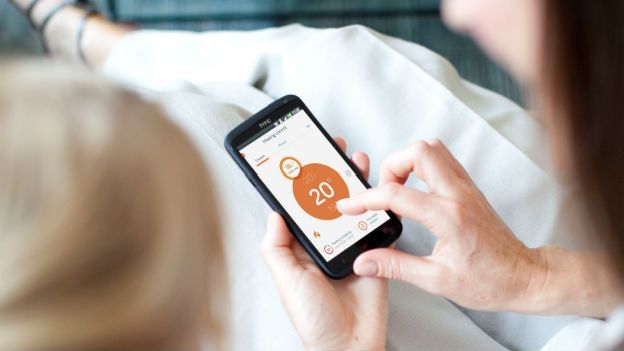 British Gas has launched a new service called Hive, which enables customers to control their heating and hot water via an app

The service, called Hive, requires an installation of a remote control thermostat on your boiler by a British Gas engineer, and a corresponding component that plugs into your router. There's also a third panel, which sits on the wall.

Once installed, Hive offers full scheduling of your heating and hot water, as well as the ability to turn it off, or boost your hot water.

It adds to an existing family of smart products already run by British Gas, which such as the Remote Heating Control and Smart Monitor services, which lets people see real-time analysis of their energy usage.

British Gas says that using the service can help its customers save up to £150 per year, based on the amount of homes that leave their heating and hot water on while they're away.

Nina Bhatia MD of Connected Homes at British Gas , the arm responsible for creating Hive, said that the company was well-placed to help its customers save money.

“Eight million homes a year leave heating on unoccupied and appliances on standby, and Hive gives people the means to control their energy consumption.”

Hive will be available from mid-October and will cost £199. Pre-orders available now from hivehome.com.