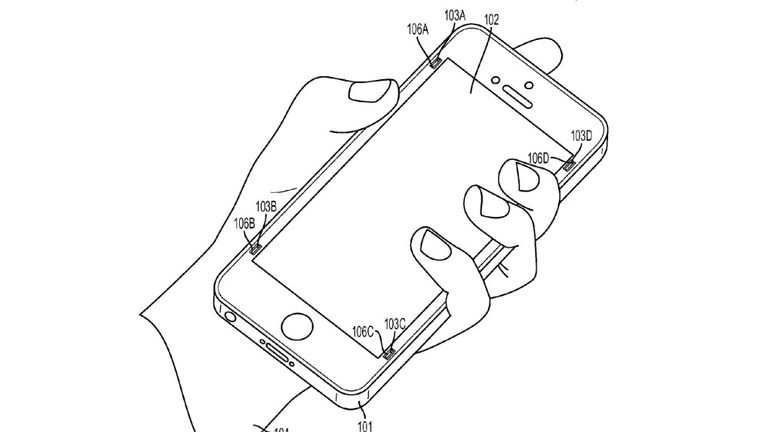 The number of smashed iPhone screens we see on a daily basis makes us wonder how people manage to get through a day without killing themselves - but it looks like Apple finally has a solution on its way.

No, we're not talking about culling anyone who breaks their smartphone screen, thankfully Apple has a much less murderous plan up its sleeve.

It's recently filed a new patent application which details hidden shock absorbers which automatically pop out of the front of the handset when it detects the iPhone is falling.

The four pronged approach will apparently protect the delicate glass covering on the iPhone, but don't get your hopes up in anticipation for a 2016 arrival.

As with many Apple patents, the technology tends to be several years away from actually making it into handsets - and even then there's no guarantee that it'll properly see the light of day.

Only last year we saw an Apple patent suggesting the Cupertino firm was working on a reorientation function to ensure your phone doesn't land face down. Since then we've heard nothing - but it's no where near as cool as surprise shock absorbers so we know which way we'd rather see Apple go.