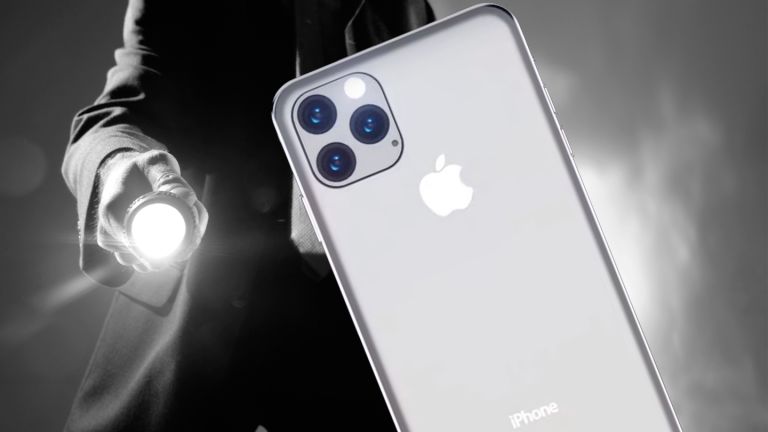 Apple will launch its next batch of new iPhones in a few weeks, with the hot new handset range slated for a big reveal in the second week of September. Which is why the news of a former Foxconn employee going rogue and leaking important information about the successors to the iPhone XS and iPhone XS Max will come as a very unwelcome blow.

After all, Foxconn is famously the company that makes Apple's core mobile phone hardware, so a worker "who was about to leave" and "revealed the news of Apple's new generation of iPhone", to quote the source of the leak, seems to carry quite a lot of weight on the face of it.

The anonymous leaker's information came to light on Antutu.com, a Chinese tech site, with the writer of the post claiming he was handed the information by the former Foxconn employee. The post is then embedded with a screenshot showing the supposed insider's list of new iPhone information (see below).

According to the list of leaks, the new iPhone 11 will come in four colours – not three like the current generation, with a brand-new dark green colourway added to the established roster of Space Gray, Silver and Gold.

In addition, the new iPhone will actually not feature the word "iPhone" printed on its backplate and, in a move away from the past iPhones, the iPhone 11 series uses a frosted glass backplate rather than clear glass one.

Next up, the list states that the new iPhones will still utilise Lighting ports rather than shifting to USB-C, which is surprising considering that past leaks seemed to indicate that Apple was definitely adopting USB-C.

There's also information on storage and battery sizes, too. The iPhone 11 will be available in 64GB, 256GB and 512GB variants, while the iPhone 11 Max will come installed with a 3,969 mAh battery, which is supplied apparently by Chinese suppliers Huizhou Desai and Xinwangda.

Where this leaves us in pinning down exactly how the new iPhone 11 will be outfitted, though, is unclear. As mentioned above, on the face of it a former Foxconn employee spilling the beans on new iPhone details seems like something to definitely pay attention to.

However, the source of the leak is anonymous (as you would expect after breaking ranks) and some of the information seems to conflict earlier leaks about the 2019 iPhone range, too.

Other information in the list sounds like it is probably true, mind, such as Apple introducing a new colourway, and the iPhone 11 Max feature a new battery around the 4,000 mAh range. But of course there is no way of knowing for sure right now.

One thing is clear, though. Unless Apple proves analyst calls wrong that its all-new iPhone will "lack novelty" and "struggle", it sure will have a tough time in hanging on to or expanding the American maker's mobile phone market share in the wake of powerful challenges from the Samsung Galaxy Note 10, Huawei Mate 30, and Google Pixel 4.