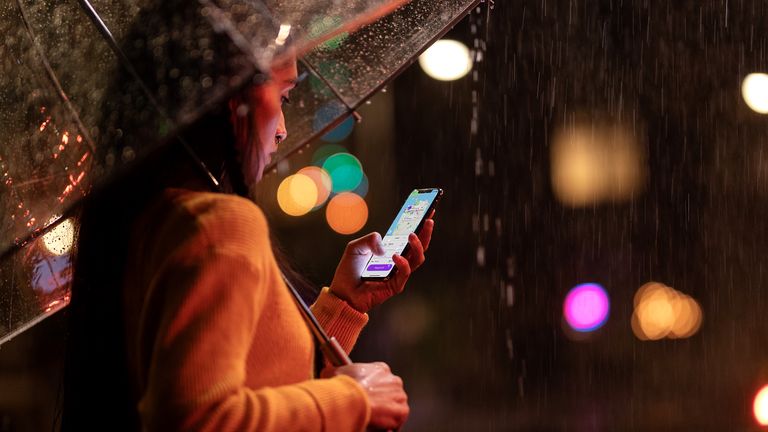 Apple shocked everyone when it unveiled its new iPad Pro range and it turned out it was ditching the Lightning port in favour of USB-C. While Apple tightly controls which accessories can use Lightning, which it developed and built in-house for its iOS devices, USB-C is already used on a wide variety of devices – from headphones to hard drives.

This enables a massive productivity boost for the iPad Pro range, something that will only be enhanced with the arrival of iPadOS this autumn when Apple will enable its tablet to connect directly with digital cameras, flash drives and more via USB-C.

Following the arrival of USB-C on the iPad Pro 12.9-inch and 11-inch models, many naturally assumed the universal port, which is ubiquitous on flagship Android smartphones, would be making its way to the next Apple iPhone. And it looks like that might be exactly what Apple has planned.

Developers trawling through the first beta of iOS 13 have uncovered a new image that hints that USB-C could finally make the leap to the iPhone series. When connecting an iPhone running the iOS 13 beta to a Mac to perform a restore, Apple now includes an image that appears to show a USB-C cable – instead of the good old-fashioned USB-A cable seen in iOS 12 and all previous versions of the software.

In earlier versions of the operating system, the cable could be seen pointing to the iTunes logo during a restore from a computer. This has been tweaked to show a generic silhouette of a laptop, likely because syncing with a computer will be handled in the Finder, now that iTunes will be split into Music, Podcasts and Books.

Of course, it's perfectly possible that Apple is using a generic design and not an exact depiction of the type of cable that'll ship with the next iPhone. However, Apple is usually very specific with this type of image, so that doesn't hold water for us.

Rumours of the death of the Lightning port are nothing new, but this seems to be the clearest indication yet that Apple has some changes planned for the cable you'll find in the box with the next iPhone model. Before you throw-out all of your wall plugs and in-car accessories, it is possible the Lightning port survives the next upheaval to the popular smartphone range.

While the latest iPhone models all support fast wired charging and can recoup up to 50% of their charge in 30 minutes using an 18W charger. However, they all ship with a humble 5W charger. As such, those seeking faster speeds will need to trek to their local high street store and cough-up £29 for the 18W wired charging plug and £19 for the Lightning-to-USB-C cable needed to connect their iPhone to the wall charger.

Including a Lightning-to-USB-C cable and a 18W wall plug will allow iPhone owners to take advantage of the faster charging speeds available, not to mention, allow the iPhone to connect directly to the latest generation MacBook, MacBook Air and MacBook Pro, which only include USB-C ports.

The next-generation iPhone models will purportedly be powered by the A13 series system-on-a-chip, which is already in production, feature three cameras on the rear of the handset (two for the iPhone XR follow-up) and be able to wirelessly charge AirPods and other accessories with Qi-compatible wireless charging by placing them on the rear case, exactly liker the Huawei P30 Pro and Samsung Galaxy S10 Plus can.

Elsewhere, the successor to the iPhone XR looks set to ship in new colour options not seen in the current generation. It's unclear whether the iPhone XS successor will stick with the Space Grey, White, and Gold on the table at the moment.