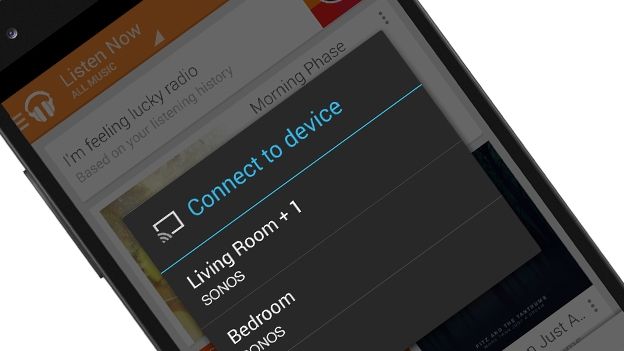 The Google Music app for Android now lets you cast straight to Sonos speakers without needing to open the Sonos Controller app.

Whether it's playing from downloaded content or streaming from Google Music you simply press the 'Cast' button and if there's a Sonos speaker within range it'll appear on the list of available devices.

At the moment the update only affects the Android version of Google Music due to the technology behind Google's 'Cast' feature which lets you send music, images and videos to connected devices like TVs and speakers.

Sonos is already working on a major redesign of its mobile app with a beta currently running for the Android app showcasing an all-new design along with new levels of functionality.