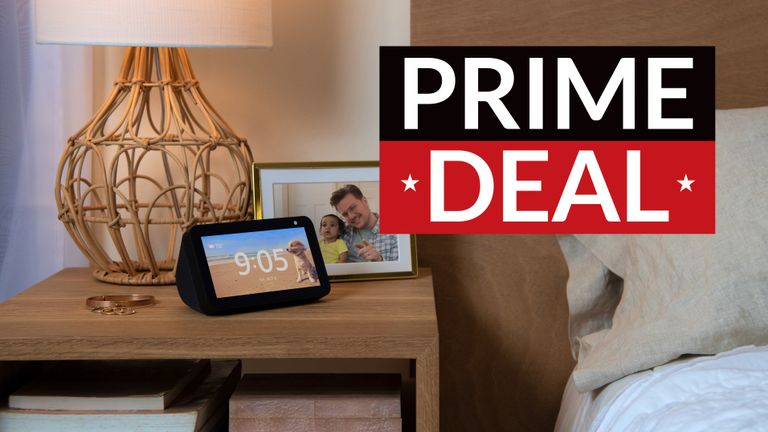 Here's a crazy-good deal for Amazon Prime Day. The recently released Amazon Echo 5 has dropped in price on Amazon already AND it comes as part of a cut price bundle which includes a home security camera! The less good news is that the deal is likely to end today, so get your shopping boots on. Otherwise, it's a long hard wait for Black Friday for you…

The Amazon Echo Show – Amazon's latest addition to the screen-toting Show range of smart home hubs, and the most compact, too – was retailing for £79.99/$89.99 a couple of days ago.

Now Amazon is selling it in the Prime Day sale for less than that AND throwing in a home security camera.

In the UK, that camera is a Neos SmartCam. That's an excellent little home security camera which recently won best gadget under £100 in the prestigious T3 Awards, so it's safe to say that we like it a lot. The SmartCam works with Alexa so you ask Alexa to show your kitchen, lounge, or wherever else you placed your SmartCam, on an Echo Show 5, an Echo Dot or a Fire TV Stick connected to your TV.

In the US, you get the Blink XT2 Outdoor/Indoor Smart Security Camera which offers two-way talk, live view, and customisable motion recording and features two-year battery life and free cloud storage.

Not only can the Echo Show let you monitor your camera,but you can also use it to watch movies and TV shows, make video calls, play music, check the news and weather, and more besides. It's a compact device at 148 x 86 x 73 millimeters, so it's perfect for the kitchen, study or bedroom.

We think that's these are absolutely stellar deals, but there's an alternative one below, too. If you don't want the Echo Show 5 with a security camera, you can get the Echo Show by itself for just £49.99/$49.99 saving you £20/$30 off the original price.

These aren't just deals, they're epic steals! The full details of the deals can be viewed below: