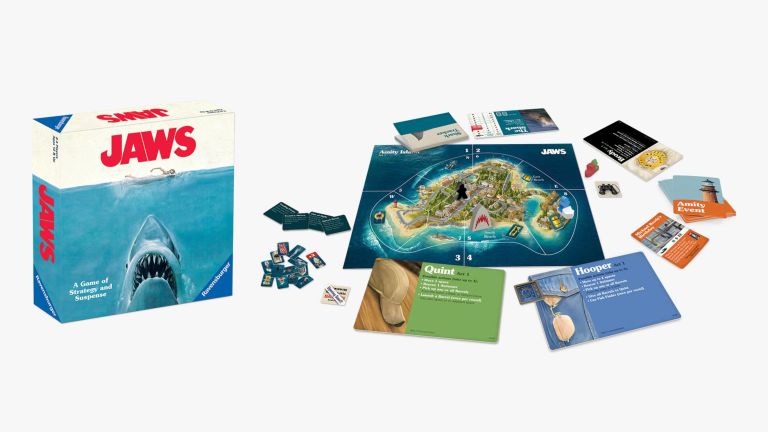 There's never been a better time to get into new board games. The hobby is growing massively, and more and more people use them as ways to get together and have fun in real life, rather than on WhatsApp.

As a result, more games are being released than ever before – every month brings interesting, colourful, rich games with engaging themes and intriguing ways to play. So how do you keep up with which ones are worth playing? That's what we're here for – we'll collect all the best new games being released in this list.

You can read on for our full run-down of the new board games you should add to your collection, but here's a quick cheat sheet of some of the best choices for different groups:

We'll be updating this list regularly with brand-new board game releases, and dropping out games as they get older, though the cream of the crop will graduate to our list of the best board games overall.

Here in the run-up to Christmas, what you're seeing here are the best board game releases of 2019, meaning they're perfect gifts for game fans looking for something new.

A new board games that's perfect for beginners

Here's how you learn the tiny rules of Tiny Towns. On your turn, you choose a resource such as brick or glass. Everyone gets one unit of that resource and places it on their four-by-four grid board. If you've got a pattern of the right resources in the right shape, you get to replace them with one nice wooden building piece. Buildings score points based on their position relative to other buildings. That's it.

Except it isn't, of course. This basic formula is a gentle roll down the ramp into a sea of decisions, which may or may not come back to haunt you. Your first builds are easy, but a mere sixteen squares is not much space at all. Soon, you'll be cursing your earlier stupidity as existing buildings cramp your space to make new ones. Pointless patterns you'll never finish will litter your mat. Players will start making cheeky hate-picks of resources, forcing others to take something useless that will clog up their board.

If that's not enough, there's a random selection of building types in use every game. so there's huge replay value, with no two setups needing the same strategy. It's good that there are only tiny rules for Tiny Towns, but it's even better that the game inside is very big indeed.

The best new family board game

What nicer theme for a family game night than managing a bird reserve? And the components – smooth plastic eggs, sumptuous art and a bird-box dice-rolling tower – will have everyone cooing with delight, too. But don't let all the loveliness fool you into thinking this is for featherweights. There's a proper game to tuck into underneath the plumage.

Wingspan is one of those circular games where you need to have resources in order to get more resources but there's never, ever enough to go around. You need eggs and food to play bird cards, and the more birds you have the easier it is to get eggs and food. And so on and so forth until your head is spinning like a spiral of seagulls circling the sky.

A clever combination of factors like habitat and nest type mixes things up in both play and scoring. And, for a game that might sound quite abstract, there's a lot of ornithology in the detail. Flocking species can combine for extra points, and egg-eaters let you target other player's collections. But all this pleasure comes in such a sweet, accessible package that it's a great contender for family or hobby game night alike.

The best cheap new board game

For those in the know, Point Salad is a gaming pun. The phrase refers to a particular niche genre of heavy strategy game with dozens of different ways to score. So there's a little joke in giving the name to a game about actual salad. If you've ever played a game like that, you'll get the second punchline: Point Salad is a point salad game that's nothing like its forebears, but far more accessible and amusing.

Cards are two-sided. One shows a salad ingredient and the other has a scoring formula, such as three points per carrot and minus two per onion. On your turn, you take cards from a grid of nine in the middle to add to your own personal vegetable garden, or you flip over a card you already have in front of you. That's it. That's the game.

The goal is to try to balance your vegetable collection to get the most points from the formulas you've picked up. In practice, this becomes comedically hard with more than a half-dozen cards in your tableau. Cue a ridiculous round of head-scratching and howls of frustration and fun, all for little more than the price of an actual salad.

A movie-based game to really get your teeth into

Big-name licensed titles tend to be more about paying homage to the licence than making a great game. So it's a joy to find that Jaws is the rare fish that does both. Yes, you can be the one player who steers the toothsome wooden shark piece secretly around the island, eating swimmers and making munching sounds. But be too greedy and your opponents, playing as Hooper, Brody, and Quint, will track you down fast while whistling the movie soundtrack.

That's Act One. When the shark has eaten its fill or gets found twice by the crew and harpooned with a barrel, you flip the board over for Act Two. This is a thrilling slice of tactical action as the humans rush around the boat, trying to predict where the shark will surface and attack them. The crew has access to weapons, and the shark to horrible special attack cards – but what you get depends on your respective performance in the first round.

It is a little cumbersome for a popular game, but the payoff is huge. The two acts are like two games in a box, equally exciting, which you can even play separately if you like. Both are full of spills, strategy and quotable shark moments.

+Can play while doing other things!+Well thought-out 'missions'+Adds spice to your whole evening
Today's Best Deals
£18.99
View at 365games.co.uk
£20
View at Amazon
See all prices (3 found)

Don't Get Got is the perfect game concept for the party season. Give each guest a little plastic wallet with six secret mission cards from the game tucked inside. Then: party. During the course of the night, your goal is to try and be the first to beat three of the missions in your wallet, without anyone realising what you're doing.

The secret to this game is the missions themselves. Some are too specific or obvious, but most strike a keen balance. Things that are unusual but might conceivably happen at a party or, equally, might be part of a cunning ruse by an opponent to beat you to the punch. Say your conversation partner drops their canapé. Are you polite enough to help tidy the mess? Or are you a sucker who just ticked off their "drop something and get another player to pick it up" mission?

In a twist, you can lose a mission if another player guesses what you're up to and calls you out. So you need to be extra sneaky in setting up your goals. None of the missions is nasty or excessively adult, and with two hundred in the box, no dinner party will ever be the same again. It supports up to eight players per box, but you can always just get more boxes to add more players!

If you're wondering what a simulation of squad-level infantry combat is doing here, bear with us. Undaunted is a magical game that brings to life the horror and heroism of hedgerow firefights in just a few pages of core rules and an hour of your time to play it. Yes, there is a little more to it than that, but it's introduced gently over twelve scenarios. By the end, you'll be co-ordinating scouts and snipers, mortars and machine guns like a seasoned general.

The engine of this sorcery is that you control your squads via a deck of cards that you can add to during play. When you do so, it's like ordering re-enforcements or bolstering morale. Then, as units come under fire, cards get removed. This simulates casualties and suppression, making them harder to order around.

Card play thus becomes an unlikely but effective stand-in for all sorts of issues facing real-life combat commanders. At the same time, players have to balance making their decks work with tactical action on a tile-based board. Strategy and tactics, excitement and simulation all stack together in a quite brilliant whole.

A great family game that feels like gambling without the downsides

-Can be a bit luck-dependent
Today's Best Deals
£23.40
View at Amazon

In this game, you'll try to build matching sets of dice with adorable sushi illustrations on them… but so is everyone else, and they might nick the sushi you want before it comes around the conveyer belt to you.

In practice, what this is means is each turn, everyone has their own set of dice that they roll onto a conveyer card, with different sushi types on the faces. You choose choose just one to keep from your dice, then you pass the rest to the next player on your left, and receive new dice from the player on your right. Then you roll again, and keep going until you run out of dice.

The tactics come from the odds of getting lucky. Smaller-value sushi are common, big-value sushi is rare, so you're gambling on whether it's worth committing to collecting the best stuff. Special tokens mean you can actually nick dice off other people if they have what you need, or can re-roll your own dice to see if you get what you need. It's very simple, it's tactile fun, and it plays in about half an hour.

8. The Crystal Maze Board Game

Finally, a Crystal Maze game that actually gets why the show is fun! This box is full of different mini games that teams will have to try to beat – there's a range of components, and the game uses them in a variety of ways. You'll be able to choose the different types of challenge (mental, physical, skill, mystery) as in the show, and it's all timed, of course.

For optimal play, the idea is to have two teams of players facing off, with someone to do their best Richard O'Brien/Ayoade impression as the host, guiding them from game to game. It's divided into four zones (with another, including more mini games, available as an expansion) – the game suggests you might even want to put the pieces for the different zones in different rooms in your house, so you can drag players along while gently haranguing them and playing the harmonica. (The game doesn't mention those last bits, but we feel it's implied.)

Of course, the idea is to build time for the finale, where you'll need to collect gold tokens to win. No fans or giant domes are included, but if you have a drafty conservatory, it'll be just like you're there.

For some family time, or nostalgia with a group of friends, it's a box with lots of replayability and team-based fun.