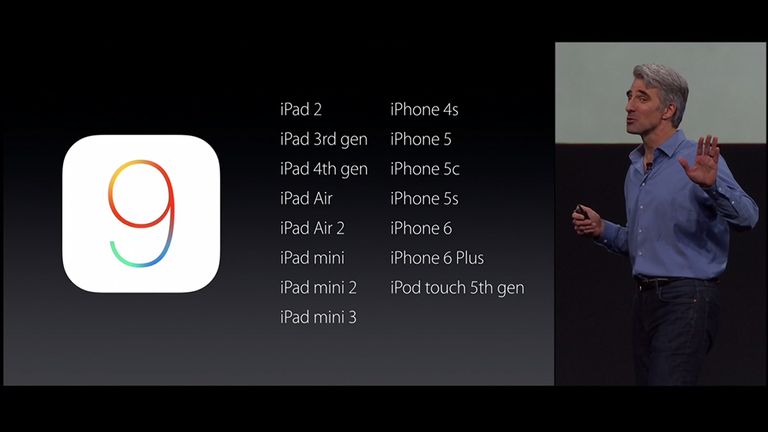 There are big changes coming down the iOS pipe, changes that are going to have a major impact on the way you use your iPhone and iPad. It starts with iOS 8.4, which will be available at the end of June and brings with it the new Apple Music service.

7 reasons to get excited about iOS 8.4 and iOS 9 David Nield There are big changes coming down the iOS pipe, changes that are going to have a major impact on the way you use your iPhone and iPad. It starts with iOS 8.4, which will be available at the end of June and brings with it the new Apple Music service.

Then there's iOS 9, previewed at WWDC 2015 last week and coming sometime in the autumn (a public beta version will be available in July if you like to live life on the edge). Here are seven reasons you should be counting down the days.

The aforementioned Apple Music service should be worth a try at least - and as a loyal iOS user you get a three-month free trial (something not available to those on Android). If you've used anything like Spotify or Rdio in the past then you'll be familiar with the way Apple Music works.

Monthly subscribers essentially get streaming access to the entire iTunes library, in addition to purchased tracks. Offline caching is supported and there's a new 24-7 global radio station called Beats 1 that Apple is promising will be the place to go for new tunes.

iOS 9 is going to let you take advantage of all that screen space on the iPad with a new feature called Slide Over - it lets you pull in another app as a sidebar on top of your current view. It could be your Twitter timeline or a list of your iMessage conversations, for example.

That works with the two most recent iPad minis and both iPad Airs but there's also Split View which only works on the iPad Air 2 - this gives you a true side-by-side view of two apps of your choice, and both remain in focus and responsive to your touch.

Siri has always had decent voice recognition and a nice range of capabilities, but as a digital assistant Google Now has always felt more intelligent. That's going to change in iOS 9 with a new feature called Proactive, which lets Siri give you information in advance.

It will warn you about traffic hold-ups, for example, and can automatically add meeting requests that arrive in your inbox to your calendar. It's capable of setting location based reminders too, and should help Siri close the gap to Google Now and Microsoft's Cortana.

It's been a long time coming, but Apple has finally found its way clear to adding public transportation information to Maps, so you can check up on bus or train times and find the right stop for your journey without having to jump out into a different app.

It looks pretty clever too: the new feature can handle multiple modes of transportation, should you need to take a tram then a bus then walk the rest of the way. Unfortunately there are only a handful of cities supported at launch, with London the UK's only representative - let's hope this improves soon.

Notes is one of the native iOS apps that hasn't received much care and attention down the years, but it's in line for a slew of new features when iOS 9 hits. You'll soon be able to add doodles, photos and web links to your notes, and access them from iCloud too.

It's no surprise that Apple thinks Notes is due for a refresh - the likes of Evernote, Google Keep and Microsoft OneNote are all way ahead of it in terms of functionality and features. The iOS 9 upgrade should tempt a few more users to stick with Notes instead.

Apple hasn't launched its own web search engine yet, but the search capabilities in iOS 9 are certainly getting a boost. By learning from your behaviour, the Spotlight panel can automatically bring your most used contacts and apps to the fore, for example.

That extends to Maps locations and even breaking news, so when you dip into the search tool inside iOS 9 you'll get a much more personal experience. If you get results from apps (like an Airbnb location) you can jump straight to the relevant part of that app too.

There's going to be a new native app in iOS 9: News. Something of a Flipboard clone (and also similar to Facebook Instant Articles), it brings you personalised news stories from the likes of Wired, Time and CNN. It replaces the old Newsstand app from earlier iOS versions.

Articles within News are going to be interactive and formatted to look great on mobile devices. It might also help you get around a paywall or two: The New York Times, for example, is going to offer 30 free articles a day for users of Apple News.

Liked this? Why not read our best smartphone article?