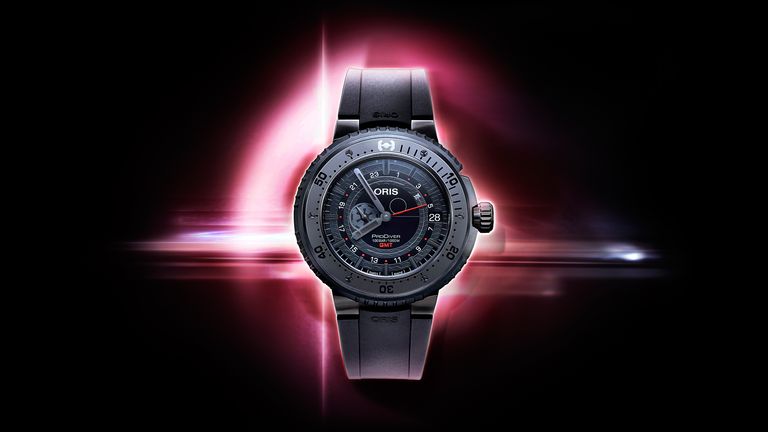 Swiss watchmaker Oris has released a pair of Star Wars-themed timepieces, called the Darth Vader and the Stormtrooper. Fully embracing The Dark Side, the pair of watches were previously only available in China, Taiwan and Hong Kong, but now a limited run has been launched for the United States, too. A perfect match for your Star Wars Adidas Rise of Skywalker running shoes.

Of course, the pair of limited edition watches have been launched to coincide with the recent release of The Mandalorian on Disney+, and ahead of The Rise of The Skywalker, which hits cinemas on 20 December.

Details include an illuminated TIE fighter at the 12 o'clock position, Imperial crest motif on the face, and a matte black Death Star on the inner step of the dial.

While the Darth Vader ProDiver looks suitable stealthy, the highly polished stainless steel finish of the Storm Trooper Aquis makes the watch fit in well with the Storm Trooper outfit you’ve probably already got in the wardrobe.

The Aquis is also the smaller of the two, features a 43.5mm case diameter compared to the chunky 49mm ProDiver. The larger watch overcomes its extra bulk by offering a case made from lightweight titanium; the bezel is made of ceramic, and the dial is displayed through domed sapphire crystal.

Features of the Darth Vader ProDiver also include a screw-in crown and automatic helium escape valve. The watch is powered by a self-winding mechanical movement with a power reserve of 38 hours - the same as the Storm Trooper Aquis.

That extra chunky case means enhanced water resistance for the Darth Vader model, up to a claimed 100 bar, or just over 1,000 metres. The Storm Trooper manages a still-impressive 30 bar, or about 300 metres.

Are these the Star Wars watches you’re looking for? They might well be, but with just 250 examples of the Darth Vader model - and 1,300 of the Storm Trooper - you might need The Force to track them down.