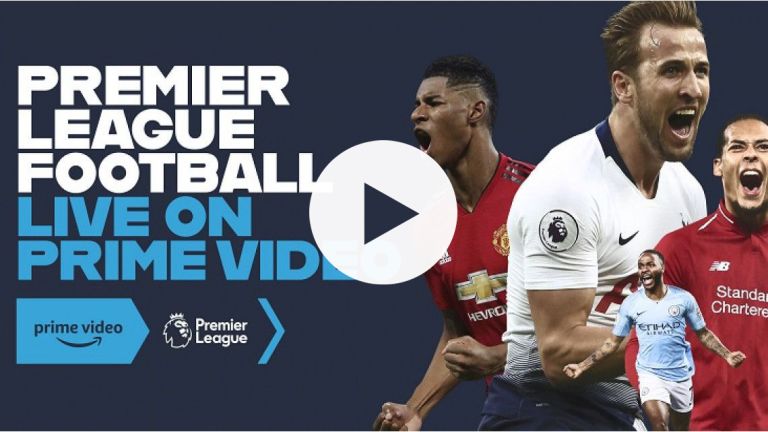 Amazon Prime Video is streaming nine Premier League football games on Boxing Day and, unknown to many people, they can all be watched for free. There are nine games being live-streamed on the day itself, with a 10th following on December 27, and right here we run through which teams are playing, at what time they are playing, and how you can get a piece of the action for nothing.

Excitingly, the games can be watched live on any device that Amazon Prime Video can be run on via app or by a web browser. That means that computers, tablets, phones, TVs, set-top-boxes, video game consoles and more can be used to watch the Premier League football games.

Premier League Boxing Day football on Amazon Prime Video: what games are on and when?

Will The Humble One™'s resurgent Hotspur continue their assault on the top four, or will The Seagulls crap on their march to glory?

Will Delia's favourites cook or the perfect Boxing Day feast of football, or will Villa fan favourite Jack Grealish add a dose of perspective to the pass-filled broth?

Can the Worst Run Club in the Country™ use a third new manager bounce to out pass Eddie Howe's brave Bournemouth boys?

Frank "Lamps" Lampard is losing a lot of football matches right now, but will very-bad-at-the-football Southampton be just too accommodating for him?

Will Manuel Pellegrini manage to shuffle his players into a coherent and consistent footballing force, or will they get Wilf'd by the most fouled player ever?

Carlo Ancelloti will turn up to beat Sean Dyche's grizzled men of the north and chew gum, and he may very well be all out of gum.

Rounding off the 3pm matches sees the Neutral's Choice™ of Sheffield United take on Troy Deeney and chums, Will Deeney have the cajones to smash and grab a win?

The Baby-faced Assassin is getting a few results at Manchester United at moment, but could the new nasty Newcastle be too much for Ole?

What a match! First in the league take on second in the league. Will Jamie Vardy be partying with Skittles-flavoured vodka come the end of the night, or will Jurgen be enjoying the result of another heavy metal performance?

Will Nuno's ravenous pack devour Pep's silky superstars once more, or will Kevin De Bruyne bang a few worldys in off the bar?

Premier League Boxing Day football on Amazon Prime Video: how to watch all these games for free

And, what's more, bagging a free month of Amazon Prime could come in serious use in terms of last-minute present buying, too, with anyone with a membership getting totally free shipping at Amazon. It is literally a win-win situation, top football games for free (as well as access to every other show on Amazon Prime Video) as well as a big help with the Christmas shopping.

Lastly, if you are reside in the USA or another country around the world and want to watch Amazon's Premier League Boxing Day football, then you're going to need a VPN to do so, otherwise you'll find the content blocked. For the VPNs T3 approves of, head on over to our best VPN buying guide.

Ready to grab a free trial? Hit the links below.

Get your free Amazon Prime US trial

If you're a student, though, the deal is even better. That's because Amazon is currently offering you a free six-month Amazon Prime trial. Sign up for this and you'll be able to watch every Premier League football match Amazon Prime Video streams for half a year. Now that is a result.

Check out the Deals of the Day at Amazon