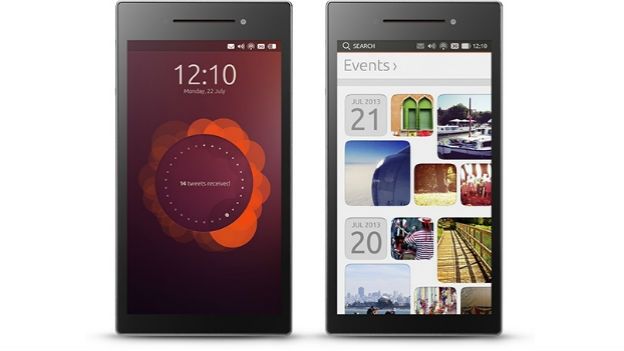 A crowdfunding campaign has been launched on Indiegogo for an Ubuntu smartphone and has broken the records for both the highest target and the quickest project to reach $2m in funding.

The project received $2m out of a $32m (£20.8m) total in seven hours, 59 minutes and 58 seconds - hitting the amount quicker than other big-name campaigns like the Pebble smartwatch or the Veronica Mars movie.

London-based developer Canonical is behind the project, hoping to manufacture the Ubuntu Edge, a smartphone running on the Linux-based Ubuntu OS.

The campaign page has some very smart looking renders of what the phone will look like, and Canonical is championing the OS because of it's ability to run PC desktop applications.

So, while the applications will have a mobile-friendly UI when being used on the handset itself, the Edge can be connected up to a monitor for a full PC-like experience.

"We're fascinated by converged computing, the idea that the smartphone in your pocket can also be the brain of the PC on your desk. We've shaped Ubuntu so you can transition seamlessly between the two environments. Now all that's needed is a phone that's designed from the ground up to be a PC as well," the company states on its campaign page.

The specifications are where it gets a bit interesting; Canonical estimates the Edge will need 4GB of RAM and a massive 128GB hard drive for storage. The company says it will use silicon-anode technology for the Li-on battery and a 4.5-inch 1,280 x 720 sapphire crystal display.

Dual-LTE, 802.11n Wi-Fi, Bluetooth 4 and NFC are all included when it comes to connectivity although, naturally, "specifications are subject to change".

At the time of writing, the amount currently generated stood at $3,430,442 with 30 days left to run. If you're interested in getting in on the action, then the lowest you can currently offer for an Ubuntu Edge of your very own is $830.

Of course, if there's some spare cash burning a hole in your pocket, you can go with a $10,000 donation and have one of the first 50 off the production line - as well as email access to the engineers who built the thing.

Kate Drane, director of vertical market development, design and technology at Indiegogo told T3.com: “The Ubuntu Edge campaign is a really ground-breaking campaign for Indiegogo, not only due to the subject of the campaign but in how it's gone about raising such huge sums.

"There are a couple of key factors behind this early success – one is the considerable PR hype around the technology which was built up following the Ubuntu phone and tablet OS launches and the other is the detailed thinking behind its perks and video.

"The majority of funders will receive the revolutionary phone in return for a donation – this represents a new way to pre-order which early adopters have really latched on to," she said.

Do you reckon an Ubuntu-based smartphone could really work? Let us know your thoughts in the comments box below.