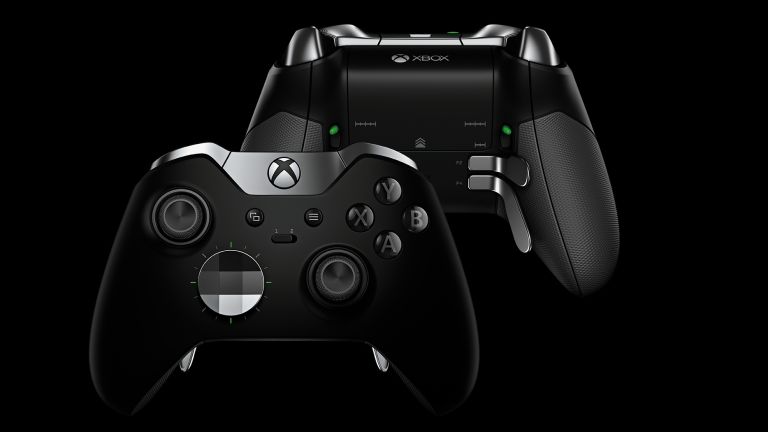 Microsoft has officially announced the Xbox One Elite bundle we've been waiting for since Walmart ostensibly leaked it just after E3 this year.

The new Elite bundle comes in at £399 and will go on sale in time for the big holidays push in November.

That's a lot more than the standard £299 bundles we've become used to for Microsoft's flagship console, but you do get a fair amount of new goodies for that. As well as the new Elite wireless controller, with it's flappy paddles, the new console also comes with 1TB of storage on a hybrid hard drive with a chunk of solid state storage to boost its performance.

The new SSHD storage drive uses a small portion of speedy flash memory to act as a cache for the mechanical portion of the setup. It then learns, over time, which files are accessed most regularly and retains them on the speedy storage medium to improve performance. Microsoft estimate that having the system files in the solid state section of the drive will boost wake up times from standby by twenty per cent.

Considering the extra £100 Elite premium nets you the speediest Xbox One storage on offer as well as the funky new controller, it doesn't seem like a bad deal.

But it doesn't feel particularly Elite. Not when Sony has almost completely redesigned the innards of its console, reducing both its heat and noise production as well as dramatically dropping the PS4's power requirements too.

And we wouldn't be surprised to see it getting a price drop sometime around the Paris Games Week - we'd bet part of the new PlayStation 4 design was about reducing the bill of materials as well.

With Microsoft officially scotching the rumours about a redesigned Xbox One in miniature form, it is clearly pinning its hopes for the big retail push at the end of this year on a more expensive bundle with a slightly upgraded storage drive inside it.

The actual console itself hasn't changed; it's still the big, VCR-looking monstrosity Microsoft originally created, determined not to have another Red Ring of Death fiasco by creating a huge home for its insides.

On aesthetics and footprint alone then we'd rather have the diminutive, now almost silent, PS4 sitting in our living rooms. We'd argue then the Xbox One is more in need of a redesign than Sony's console, making the tantalising prospect of an Xbox One Mini even more tempting.

The new Elite controller though does look great.

The Xbox One controller is arguably the finest gamepad around and any update that can improve upon that is welcome in our book. Being able to alter the sticks and adjust the sensitivity of the triggers - as well as the addition of the paddles switches - means the the new controller should be all things to all game types.

With Sony's PS4 having an almost 2:1 sales advantage on a global level (though at last count that was about 3:1 in Europe) the new Elite bundle has a lot of work to do if it wants to close that gap.