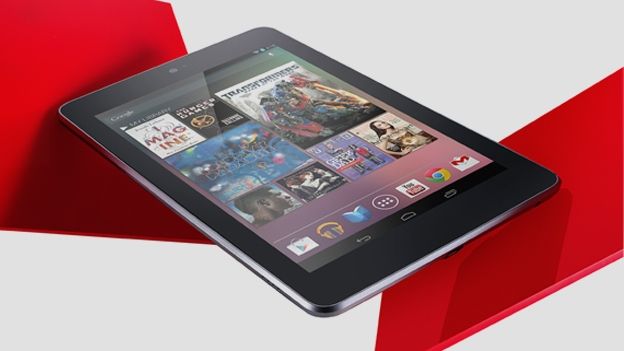 The lovable Android tab went up against some tough competition in the form of the PS Vita and the Samsung Galaxy S3 - the phone that took home the prize for Phone of the Year.

Showing that you can find a decent, high-powered tablet with a great screen at a sub-£200 price point, Google has truly shaken up the tablet market this year.

By cutting out features like the rear-facing camera, HDMI and DNLA, Google can concentrate on offering Nvidia Tegra 3 power, a 1280 x 800 display and the Android 4.1 Jelly Bean OS.

But to be able to get this tablet for the frankly meagre price of £159 is enough for us to drop to our knees and cry salty geek tears of joy.

The power behind the throne of the Google Nexus 7 by Asus is undoubtedly the 650,000-strong apps and games on the Google Play Store. The wealth of content – that includes books and movies – means Android is now a real alternative to Apple's trailblazing app store.

To see who got the gongs and in which category be sure to check out our entire list of T3 Gadget Awards 2012 winners. Is the Galaxy Nexus 7 your choice for Gadget of the Year, or were you won over by one of the other finalists? Let us know in the comments box below or join the debate on Twitter.com/t3dotocm