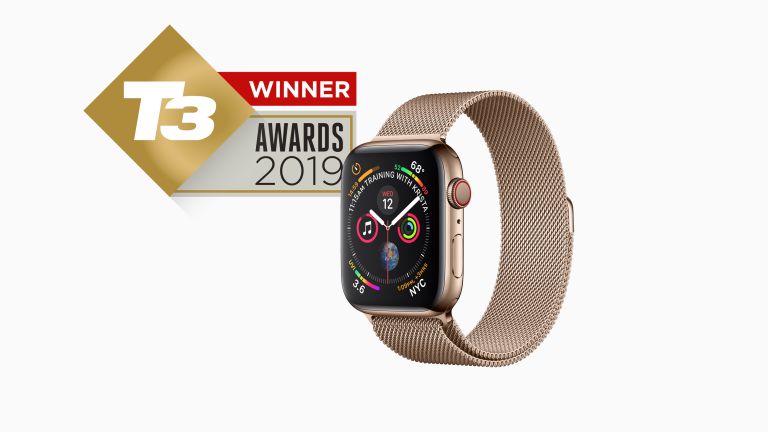 If you hadn't noticed, the T3 Awards 2019 party is now well and truly underway, with acclaimed technology from every walk of life getting the rightful praise it deserves.

It's the world's best smartwatches that we're focusing on here, though, and we're happy to announce that the Apple Watch Series 4 has beaten off the tough competition to be crowned this year's out-and-out winner.

There's no doubt Apple is king when it comes to smartwatches, when you first put on the Apple Watch Series 4, the changes from the previous version feel subtle, but impactful, with a stunning new screen which stretches to the edges of the device.

It's better for everyone, is what we're trying to say.

It's the advanced health features that are key here. Apple has shifted our thinking from the Apple Watch being a product that's nice to have, but is by no means essential, to one that we hope as many people as possible can own just in case it saves their life.

In fact, with health tech this important, we find ourselves wondering if Apple should break the Watch's exclusive tie to iOS, and let everyone take advantage of what it can do.

Put simply, the Apple Watch Series 4 impresses us greatly. The design is well considered and sleeker, the screen is perfect, and the number of third-party apps and accessories is unrivalled.